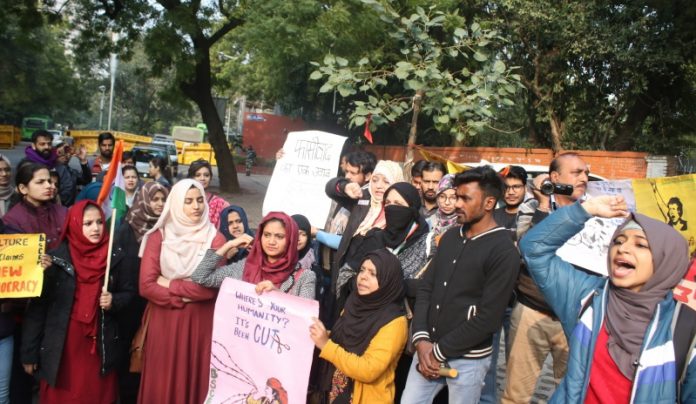 The Child Welfare Committee (CWC) has served a notice to parents who are bringing their children to the anti-CAA and NRC protest site at Clock Tower in Lucknow.

The CWC has directed parents to send children home from the protest site without further delay.

“Parents who have brought their children to the protest site should send them home so that they can live their lives in a daily routine,” said Sangeeta Sharma, Child Welfare Committee member, in the notice.

The notice signed by five members of the CWC has been issued a week after the UP state commission for protection of child rights wrote to the Director-General of Police (DGP), citing violation of the Juvenile Justice Act as there were a number of children at the anti-CAA protest sites across the state.

The notice also reads, “Some children must be there leaving their schools, meals. They should not be traumatised and it is necessary to take them home so that they are not mentally stressed.”

The CWC has also cautioned that violators would face action under Section 75 of the Juvenile Justice Act if the order was not complied with.

This section deals with crime, cruelty to children and offences punishable with imprisonment for a term which may extend to three years or with fine of Rs 1 lakh or with both.