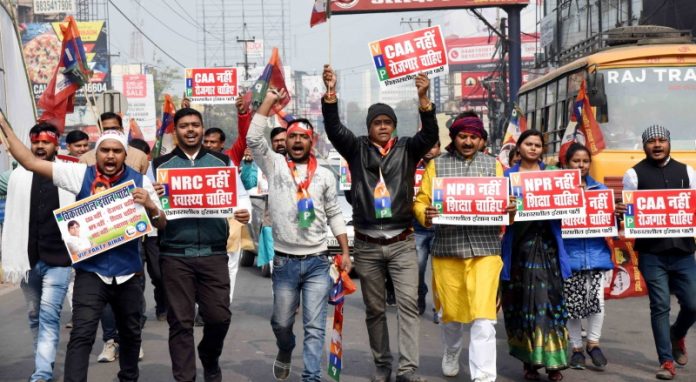 A court in Bijnor district has granted bail to 48 people accused of rioting and attempted murder by the Uttar Pradesh Police during the violent December protests against the Citizenship (Amendment) Act or CAA.

On Wednesday, while hearing the bail applications of 48 of the 83 accused, the judge made some scathing observations against the police investigation so far.

In his bail order, the judge said: “The police FIR says the mob fired at the cops, but no evidence has been presented in court to show any recovery of weapons.

“The government lawyers have failed to produce any evidence in court that shows that anyone part of the mob fired at the police.” Nor proof has been presented that any private vehicles or shops were vandalized, the judge said.

“Government counsels said that 13 policemen sustained injuries in the incident, but medical reports of all these people suggest these injuries are very minor in nature,” the judge observed.

Two people were killed during the protests here on December 20, and the cops admitted that one of them died in police firing.

This is the only admission of death from police firing by the state police.

A total of 83 people were arrested after the clashes.

In their First Information Report (FIR), the police said a mob of thousands gathered after Friday prayers, vandalised private vehicles and shops without provocation, broke government vehicles, threw stones at the police trying to control the situation and even fired at the police.

A police report about damage to one government vehicle has been presented, but the report was prepared at least 20 days after the violence took place.

Large-scale violence had broken out in Uttar Pradesh in December after protests against the citizenship law turned violent at many places.

As part of a crackdown, the state police arrested thousands of people across violence-hit districts and levelled serious charges like rioting and attempted murder against them.

The police claimed at least 60 of their personnel had bullet injuries across the state while trying to control mobs that were indulging in vandalism, arson and firing.

Ahmed Jakawat, lawyer for some of the accused in Bijnor, told reporters : “The court had called for counter reports but the prosecution could not show any evidence.

“The police said the mob has fired but could not present any evidence. They said vehicles were smashed, but could not produce any number plates of these vehicles. The prosecution has failed to prove there as any such incident.”