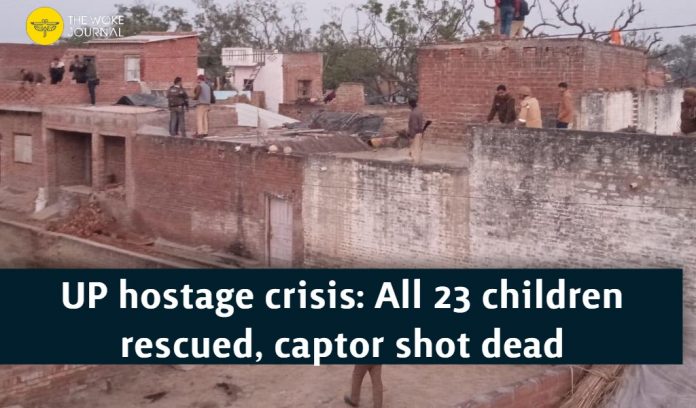 After over nine hours of the hostage crisis at a village in Farrukhabad district in Uttar Pradesh, the police here on late Thursday night rescued all the 23 children who had been held captive by a man with a criminal background.

The hostage-taker, identified as Subhash Batham, was shot dead in an encounter with the police, while his wife sustained injuries and has been admitted to a hospital, confirmed ADG UP Ramashastry.

According to the police, the incident took place at Mohamadabad area here when Batham had invited about 20 children to his house for a party and then locked them in.

When some local residents tried to get the door open, he started firing from inside in which one person was injured in the leg. Batham even threw a low-intensity bomb from the window.

Uttar Pradesh Director General of Police (DGP) OP Singh added that the police were being cautious to ensure that the hostages are not harmed.

Parents heaved a sigh of relief as all the 23 children were rescued from Batham’s custody safely.

Indians stranded in Pakistan to start returning from Thursday