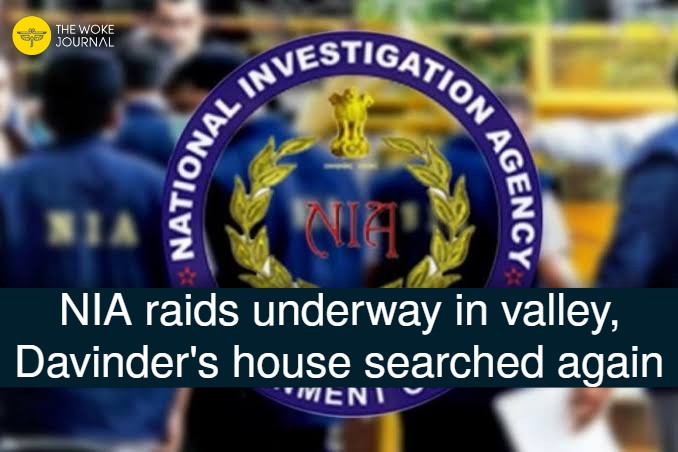 The NIA and Jammu and Kashmir Police carried out searches at residences of Over Ground Worker (OGW) of militants Farooq Ahmed Thokar and active Hizbul militant Omar Dhobi in Shopian of South Kashmir on Monday, sources said.

Searches were also being carried out in Tral in Pulwama district at the ancestral house of suspended Deputy SP Davinder Singh, sources said.

The J&K police have denied reports by sections of media that searches were carried out at an IPS officer’s residence in Shopian.

On Saturday a 20-member NIA team arrived in Kashmir to collect more facts about Davinder Singh who was arrested by J&K police while transporting three people including two Hizbul Mujahideen militants, Naveed Babu and Rafi Ahmed, and Irfan Amad to Jammu on January 11.

The team led by a DIG rank officer went to Anantnag and held a meeting with the police officials, sources said.

NIA officials are currently interrogating Singh in Jammu after the agency got his transit remand.

Last week the DG NIA, Y.C. Modi, reviewed investigations into the case that has shaken the security establishment.

After initial investigations by J&K police, the case was handed to the NIA.

According to sources Babu, Ahmed, and Mir had planned travel to Pakistan after reaching Jammu.

After Singh’s arrest, J&K police conducted multiple raids at his residences in Srinagar.

Singh was posted with the anti-hijacking wing of J&K police in Srinagar and was part of the security staff that received a group of foreign ambassadors who visited Kashmir last month, including the US envoy.

Resentment among NDA leaders over CAA is visible says Mayawati