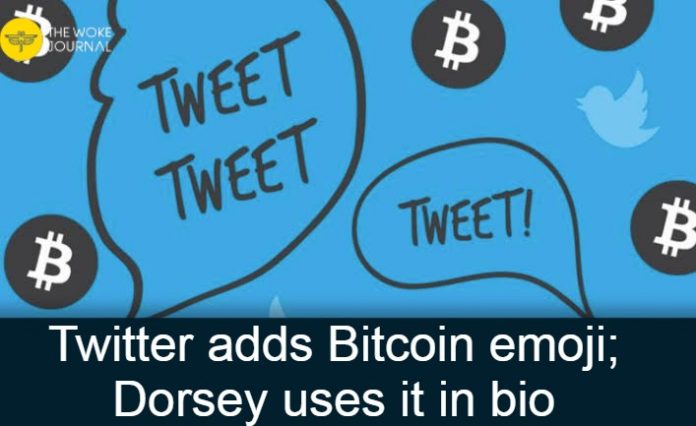 Microblogging site Twitter has finally added a Bitcoin emoji, which appears when users write a hashtag alongside the word “Bitcoin” or the letters “BTC” and a Bitcoin emoji appears next to it.

Jack Dorsey, the Chief Executive Officer and co-founder of Twitter showed off the platform’s newest feature. This is demonstrated in his Twitter bio as well, which contains nothing but the hashtag and the symbol.

Dorsey also tagged Unicode, the consortium that manages character standards, in his tweet in what seems to be an effort to suggest that it does the same thing, Finance Magnates reported on Monday.

Meanwhile, according to an observation from Jason Yanowitz, who pointed out that 12 hours after the hashtag emoji was added, Bitcoin was a top trend for him on Twitter (it isn’t clear if it was a personalized trend or global trend), with many in the community publishing tweets with the fresh-faced hashtag, according to Crypto Slate.

The introduction of the Bitcoin emoji caused quite a bit of excitement on crypto Twitter.