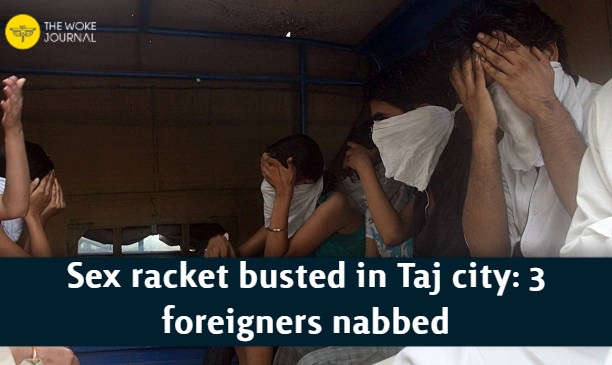 The Uttar Pradesh Police has busted a big sex racket and arrested five persons, including three women from Uzbekistan and two from Delhi from a hotel in the Taj Ganj area here.

The arrests were made on Monday evening. However, during the action, one male and three female members of the gang managed to escape, while the manager of the hotel was arrested.

Superintendent of Police (SP) city Rohan Botre Pramod said that some hotels in the area were under police radar and suspicious characters believed to be part of rackets operating here were being tracked, after a female student last week was gang-raped in one of the hotels in the area.

According to the police, some 37 hotels have been identified as being part of the sex racket.

In January, police arrested Bheema, one of the major sex racket operators, specializing in foreign clientele and said to be a supplier of the Russian girls to Delhi and Agra hotels.

During interrogation, he revealed important information.

Being a global tourist destination, with high-end hotel and travel facilities, Agra is emerging as a major flesh trade place, and operators find it easy to run retail counters through social media.