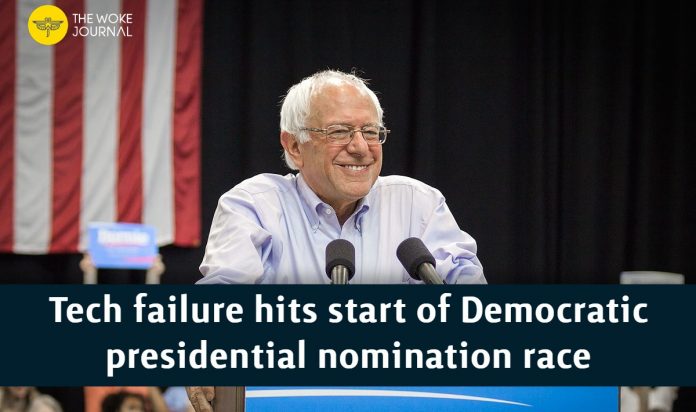 Technology failed the Democratic Party when it launched the process of selecting its candidate to run against President Donald Trump in the November 3 election and it could not announce the results as scheduled.

The results reporting app introduced by the party crashed on Monday in Iowa, the first of the 50 US states to hold the party election.

Officials ruled out a hack on the system after the party’s Iowa unit said that it found “inconsistencies in the reporting system” and was conducting quality checks.

“This is simply a reporting issue, the app did not go down and this is not a hack or an intrusion,” Iowa Democratic Party Communications Director Mandy McClure said.

On the Republican side, the election, which was a mere formality, went off smoothly with Trump getting 97.1 percent of the votes against two rivals, who each polled a little over 1 percent.

Trump’s campaign manager Brad Parscale taunted the Democrats with a tweet: “They can’t even run a caucus and they want to run the government.”

In the US election system, party members vote to elect their candidate for the presidential election and it traditionally starts with Iowa.

The state follows the caucus system, which uses open balloting rather than secret voting, with registered party members gathering at 7 p.m. in voting precincts and standing in spots assigned to different candidates.

Party election officials tally their numbers twice. After the first tally, voters for the lagging candidates are allowed to exercise their second preferences and a second and final tally is made.

But party election officials could not transmit the results using the app and the backup phone reporting system using manual tabulation also failed.

Party officials said the caucuses were secure because there was a paper trail and precincts were being asked to send in photos of the local tallies.

As of Tuesday morning, the results were not announced.

The Washington Post’s entrance poll of voters going into the voting precincts showed that it was a tight race between the leftist candidate, Senator Bernie Sanders, and the centrist, Pete Buttigieg, the Mayor South Bend, Indiana.

Buttigieg declared himself the winner in a speech to his supporters, calling it a victory for his inclusive policies that eschewed extreme positions — a criticism directed against Sanders.

Sanders told his supporters sarcastically: “I have a strong feeling that at some point the results will be announced and when they are, I have a feeling we will be doing well.”

His campaign was hurt by the impeachment of Trump, which required him to be in Washington while his rivals who were not Senators campaigned in Iowa.

If Biden is found to have fared badly when the results are known, he could take advantage of the system’s failure and question the validity of the caucus lessening the blow of defeat.

Biden’s campaign demanded that before they announce the results the state party official give a full explanation of the quality control for the system they are using and give the campaign a chance to respond.

Adding fuel to the fire, Parscale said in a statement: “It would be natural for people to doubt the fairness of the process.”

Without waiting for the results, most of the candidates left Iowa for New Hampshire, where the next election based on secret ballots and known as primaries will be held on February 11.

Kachai Gets its First Market Shed to Promote Organic Products