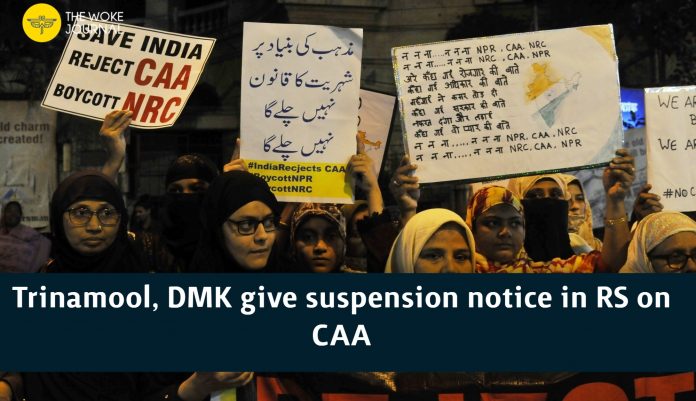 The Trinamool and DMK have given suspension notice under rule 267 in the Rajya Sabha on the prevailing situation against the Citizenship Amendment Act across the country.

The DMK notice was given by Trichi Siva and the Trinamool’s by Derek O’Brien. The opposition has kept the pressure on the government to roll back the Citizenship Act which was passed by Parliament in the winter session.

On Monday, the opposition leaders gave the suspension of business in both the houses but it was not accepted by the Chair.

The Supreme Court is hearing a batch of petitions filed against CAA challenging it on the ground of discrimination.

In the Lok Sabha controversial Bharatiya Janata Party MP Pravesh Verma had categorically said that CAA will not be rolled back while participating in the Motion of Thanks to the President of India.