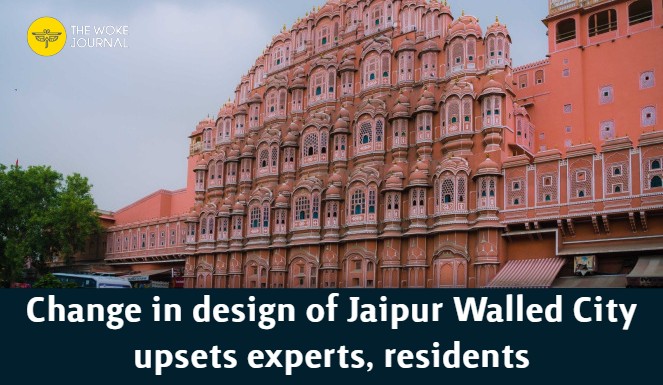 The residents of Jaipur were shocked to see the design heritage inside the Walled City which was in square shapes since centuries being changed into a circular form.

The people noticed the change after the area in the Walled City was opened to the public following the culmination of the work on Jaipur Metro.
While the residents and experts are raising questions about the change in its design legacy which converted the beautiful square shapes into round designs right in the heart of the city, none of the officials have taken responsibility for the change in the design.

Jaipur Metro MD MK Singhal said that his organization followed the advice of the heritage committee.

Heritage committee member Ravi Rai, on the other hand, hand, claimed that metro and Smart City teams are working on changing the designs of ‘chaupads’ (squares) in Jaipur.

He, however, expressed his ignorance about any advice given by the heritage committee in this regard.

Similarly, Lok Bandhu, CEO, Smart City, also confirmed that Smart City has nothing to do with the metro work.

As the officials remained mum on the development, the Vastu experts in the city vented their anger on the change in the structure claiming that the design of the walled city was conceptualized by renowned architect, Vidhyadhar Bhattacharya, who incorporated Shilpa Shastra and Vastu Shastra while planning it.

“Where is the need to change the design heritage when the city has been designed by an expert and his designing inspiration helped the city win the heritage status,” Deepak Joshi, a Vastu expert, told IANS.

He expressed worry about the changing design of ‘Chhoti Chaupad’ in the walled city and said that the best of Vastu experts and designers had come together to design this city.

The Metro work has divided the “Parkota” into two parts — north and south, which can never have design synergy, he said.

Jaipur was divided into nine parts, which stood at a 90-degree angle to each other bringing equal energies across these divisions representing prosperity and peace in the city. However, converting the squares into circular parts definitely raises questions about the intentions of those involved in the planning, the Vastu expert added.

According to SK Mehta, president, Vastu advisory and research center, Jaipur: “Chaupad means square and changing the shape of the area and going against the name of the area is just not justified. The energy was distributed across four corners and hence Vastu experts preferred designing this city in square shapes.”

Joshi said the city won the heritage status because of its square designs and now changing it into a circle format is like tampering with the ancient legacy which doesn’t bode well for the city, he said. 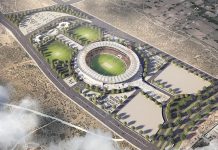