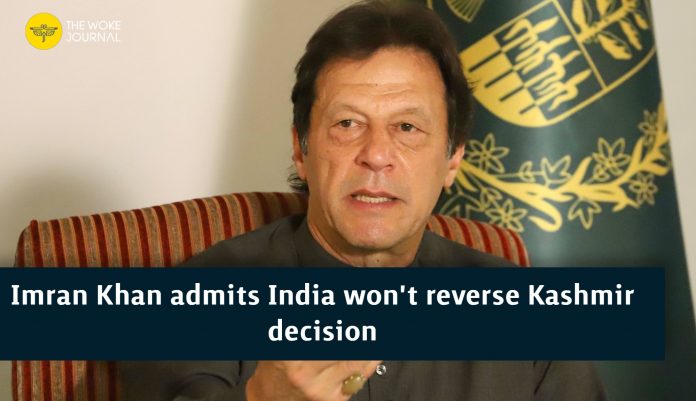 Pakistan Prime Minister Imran Khan on Wednesday, for the first time, acknowledged the finality of the reorganization of Jammu & Kashmir state and revocation of its special status by the Modi government.

Though Prime Minister Khan described New Delhi’s move as a “fatal mistake,” he said India “could not step back” from the decision that was taken on August 5 last year.

He was speaking at a special session of the legislative assembly of Pakistan occupied Kashmir (PoK) to express solidarity with Kashmiri separatists. Islamabad had designated the day as ‘Kashmir Solidarity Day’.

Pakistani media quoted Khan as saying, “On that day Modi made a fatal mistake, one that he could not step back from. Hopefully, Kashmir will now move towards independence,” he added.

Imran also acknowledged that the issue “drifted” after it was raised at the UN General Assembly, due to Maulana Fazlur Rehman-led sit-ins against his government last year, the Dawn reported.

Interestingly, Prime Minister of PoK Raja Farooq Haider warned Khan against accepting US President Donald Trump’s offer of mediation on the Kashmir issue. He argued that the mediation would favor India. “We are with you and will not let Pakistan’s flag come down in Kashmir,” Haider told Khan.