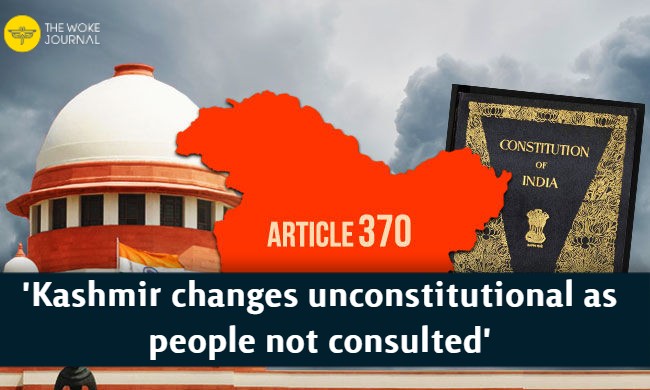 Awami National Conference President Khalida Shah, the sister of former Chief Minister Farooq Abdullah, has written an open letter to Prime Minister Narendra Modi stating that the downsizing Jammu and Kashmir without any consultation with its people is “unconstitutional, illegal and blatant misuse of political power”.

“While abrogating Article 370, the government of India and the Parliament forgot the elementary fact that India got legal right to enter the state only because of the condition of Instrument of Accession,” she wrote in the letter.

In the letter, Khalida Shah also alleged that Union Home Minister Amit Shah, “while tabling the bill on Abrogation of Article 370, misinformed the Parliament by stating ‘Article 370 is a temporary Article in the Constitution of India’, conveniently flouting to state the reality of ‘Why Temporary?’
“Mr. Prime Minister, notwithstanding its title ‘Temporary Provision’, Article 370 is a ‘Permanent Provision’ of the Constitution of India. Article 370 is part of the “Constitutions’ Basic Structure” incorporated in accordance with the wishes of the Constituent Assembly of J&K state. It can’t be repealed, abrogated or amended. Article 370 is not a legal issue alone. It is a political commitment translated into a constitutional guarantee, arrived after a protracted negotiation between two sovereign people,” she wrote.

Emotional Djokovic breaks down after victory over Zverev