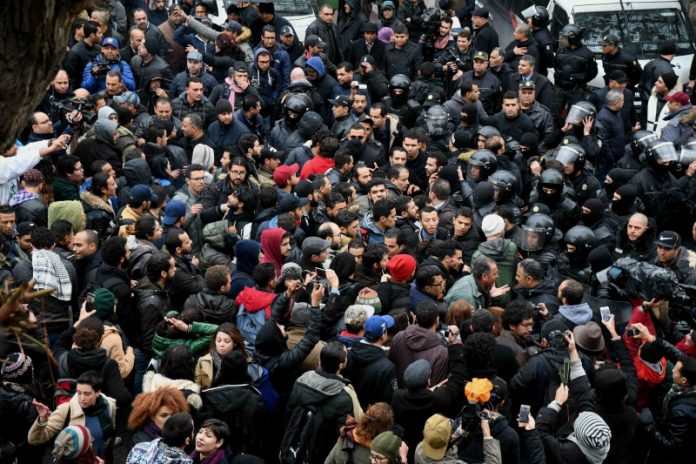 Hundreds of Tunisians marched in the centre of the capital Tunis in protest of the newly unveiled US Middle East peace plan, also known as the Deal of the Century.

The protesters on Wednesday include members of civil society, professional organisations and political parties as well as independent activists, Xinhua news agency reported.

“Palestine is not and will never be for sale,” said Noureddine Taboubi, secretary-general of the Tunisian General Labour Union, organiser of the march.

“Al-Quds (Jerusalem) is the eternal capital of the Palestinians,” he added.

Taboubi called for “criminalizing all those who maintain relations with the Zionist entity and condemning all attempts to bring Israel closer to the Arab world.

On January 28, US President Donald Trump announced the peace plan in Washington in the presence of Israeli Prime Minister Benjamin Netanyahu.

The US vision of the Israeli-Palestinian peace process includes annexing the disputed holy city of Jerusalem as Israel’s undivided capital while the Palestinian capital will cover areas on the outskirts of East Jerusalem.