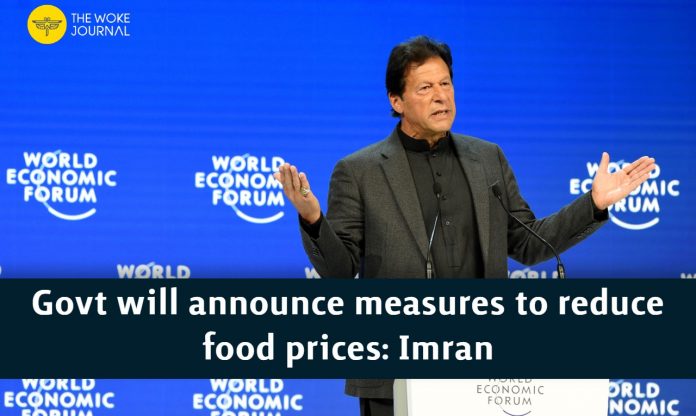 Pakistan Prime Minister Imran Khan on Sunday said that “come what may”, his Pakistan Tehreek-i-Insaf (PTI) government would announce various measures to be taken by the federal cabinet to reduce the prices of basic food items.

In a tweet, the premier said: “I understand the difficulties ordinary people (including) salaried class are confronting and have decided, come what may, my govt will be announcing various measures that will be taken to reduce prices of basic food items for the common man in cabinet on Tuesday,” Dawn news reported.

In a subsequent tweet, the premier shared that all the relevant government agencies have begun an “in-depth probe” into the hike in flour and sugar prices.

“The nation should rest assured that all those responsible will be held accountable and penalized,” he added.

The Pakistan Bureau of Statistics last week reported that the inflation rate had risen to 14.6 percent in January from 12.6 percent in the previous month, scaling the highest level in 12 years.

Inflation, measured by the Consumer Price Index (CPI), edged up 1.97 percent over the previous month. Last time, the highest inflation in the country was recorded at 17 percent in the year 2007-08.

The data released showed that higher food prices, particularly of wheat and flour, pulses, sugar, jaggery, and edible oil, were the largest driver of overall inflation in January.

Taking notice of widespread criticism of the government over unprecedented inflation in the country, Khan on Saturday had directed members of his economic team to take immediate steps to bring down the prices of basic food commodities – especially wheat, wheat flour, sugar, rice, and pulses – within a fortnight.