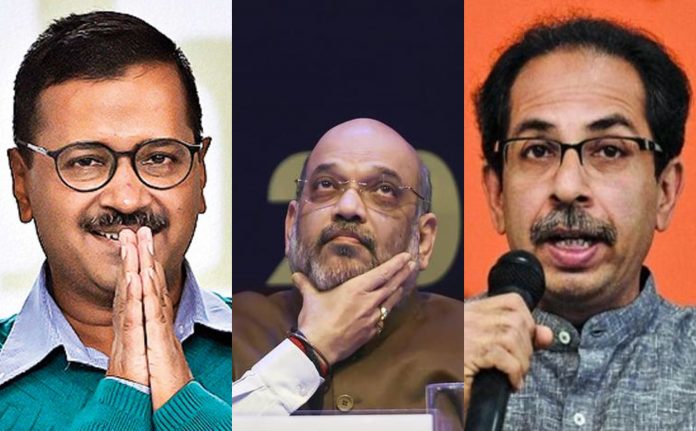 Shiv Sena, the erstwhile ally of the Bharathiya Janatha Party called BJP’s poll debacle a defeat of “ego, and arrogance.” Commenting on the recent Delhi elections via an editorial piece in Saamana,  the Thackeray-led party also said that BJP’s defeat shows the failure of Home Minister Amit Shah. It added that they are not surprised by AAP’s victory.

“Union Home Minister Amit Shah had made Delhi election a matter of honour, not Prime Minister Narendra Modi,” the editorial said. “JP Nadda recently took over the reins of the party, but the real impresario was Amit Shah. He wanted to win an election before his tenure as party president ended,” it added.

Sena also blamed BJP for polarising the voters and appreciated AAP’s efforts in the election campaign which was focussed on development. It also said that AAP did not fool the people of Delhi.

“The BJP tried to build its poll campaign around issues such as the Citizenship Amendment Act, and labelling the Shaheen Bagh protest in Delhi as an agitation by Muslims alone, but the electorate did not fall for such polarisation and voted in favour of Kejriwal,” Saamana said.

In the recently concluded elections, AAP had secured 62 of the 70 seats, while BJP managed to win only 8 seats.