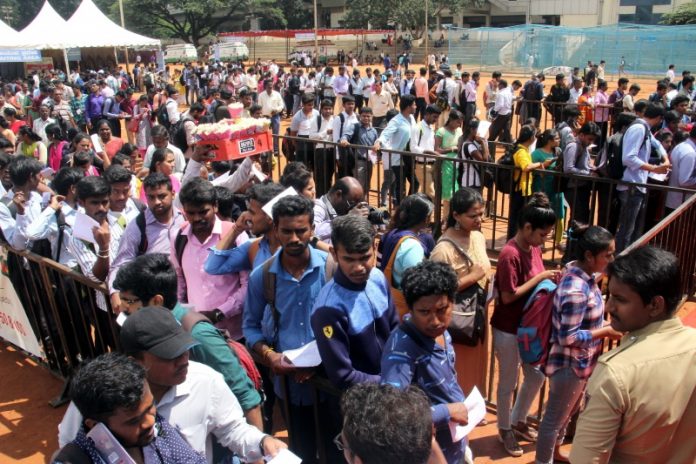 About 100 pro-Kannada outfits began a day-long shutdown in Karnataka on Thursday under a common banner, seeking more jobs for Kannadigas in state-run enterprises and job reservation for locals in the private sector.

“The 12-hour shutdown across the state is being observed for implementing the Sarojini Mahishi report, which recommended the majority of jobs to Kannadigas in the public sector undertakings, private firms and multinationals across the state,” Karnataka Sanghatanegala Okkoota secretary H. Nagesh told IANS here.

Normal life, however, remained unaffected in Bengaluru, other cities and towns as state-run buses and trains are operating normally and markets have opened.

“There is no effect of the shutdown on normal life, as schools and colleges are functioning and bus services are operating in Bengaluru and other cities. Government and private offices, hotels, restaurants, eateries, shops and malls will also remain open during the day,” a state official told IANS.

With autorickshaw and taxi associations supporting the dawn-to-dusk shutdown, cab aggregators like Ola and Ubar have suspended their services as their drivers have kept off the roads.

“We have deployed additional forces in public places and vital installations in the Bengaluru to prevent any untoward incident. Protest demonstration has been allowed only at Freedom Park in the city. No permission given to take out rallies or processions to ensure smooth movement of vehicular traffic,” a police official said.

State Director General of Police Praveen Sood has directed his officers to maintain law and order and ensure peace across the state during the shutdown.

Farmers’ associations, street vendors and trade unions have, however, extended their support to the shutdown.

State Chief Minister B.S. Yediyurappa appealed to the protesters to call off the shutdown to avoid causing inconvenience to the public and invited the pro-Kannada organisations for talks at the state secretariat on giving more jobs to Kannadigas in public and private sectors.

State Minister for Kannada and Culture C.T. Ravi told reporters that the state government was committed to implement the report on job priority to Kannadigas. 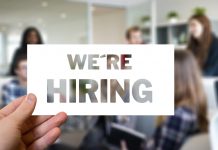 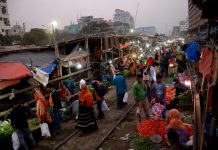 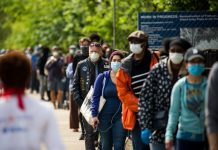