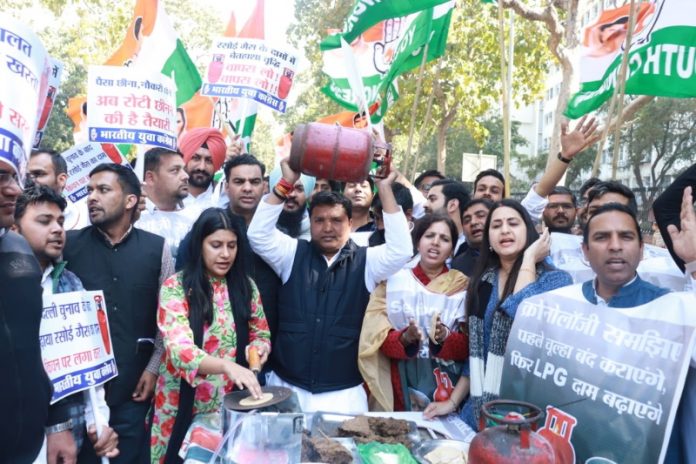 The workers in the protest displayed gas stove and cylinder placed on a cart and demanded the roll-back of the increased price.

“With this LPG hike, the people with low income is going to be directly affected in the capital,” said B.V. Shriniwas, Youth Congress President.

The state-owned oil marketing companies have increased the prices of non-subsidised LPG cylinders to the tune of Rs 149 per cylinder from February 12.

The youth Congress alleged that on one hand there is the unprecedented crisis of unemployment and inflation in the Country and on the other, the Modi government by increasing the prices of LPG cylinders have pinched the pocket of the people.

The party also alleged that following the crushing defeat in the recently held Delhi Assembly elections, the price hike came into effect immediately after the declaration of results.

“The BJP is trying to take revenge for the defeat that it faced in the Delhi Assembly polls. Just because people did not vote in the BJP’s favour, they are punishing them by increasing the LPG prices. This decision is cruel and harsh against poor and also shows anti-poor mindset of Prime Minister (Narendra) Modi,” said Amrish Ranjan Pandey, spokesperson of the wing. 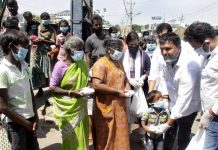 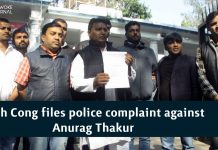