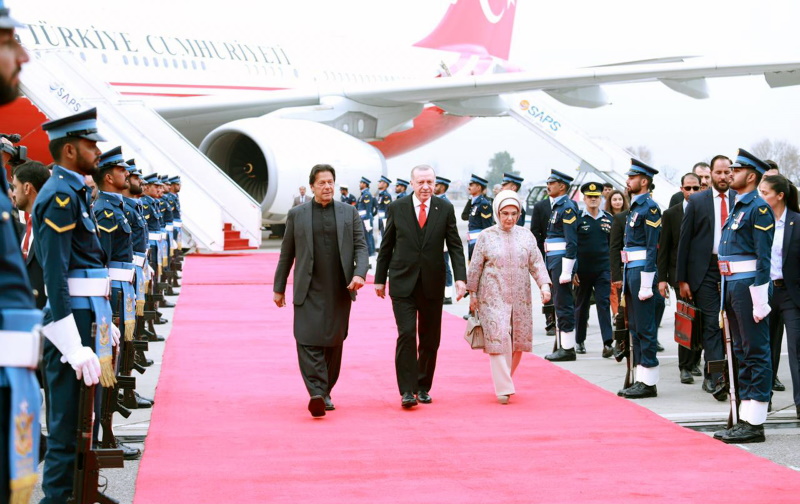 Turkish President Recep Tayyip Erdogan has once again come to stand by Pakistan, which has been facing diplomatic isolation over Kashmir.

Addressing a joint session of Parliament in Islamabad, for the fourth time, Erdogan reiterated his country’s support for Pakistan and its stand on the Kashmir issue. Since 1947, Pakistan attempted to invade Jammu & Kashmir through four conventional wars. For the last three decades, the ISI has been sponsoring cross-border terrorism in Kashmir.

Erdogan aspires to be the leader of the Muslim world, overthrowing Saudi Arabia, with the support and help of Pakistan’s Prime Minister Imran Khan and Malaysian Prime Minister Mahathir Mohamad.

Narrating the history of Muslim camaraderie in the region, Erdogan recalled that in 1915, Muslims in the Indian subcontinent under the British had come to support Turkish soldiers by raising funds for them in the Gallipoli campaign, the Battle of Aanakkale against the Allied forces of the first world war.

“We have never forgotten and will not forget the help, which the Pakistani people delivered, during our War of Independence by piling up their own bread. Events that happened a hundred years ago in Aanakkale in Turkey are being repeated in Indian occupied Kashmir,” he said.

“Today, the issue of Kashmir is as close to us as it is to you,” he said adding, “like in the past, we will continue to support Pakistan in the future.”

Continuing with his provocative speech aimed at riling up Muslims, Erodgan said, “No distance can build a wall between the hearts of believers. If there is torture against any believers in the world, it is our duty to help them.”