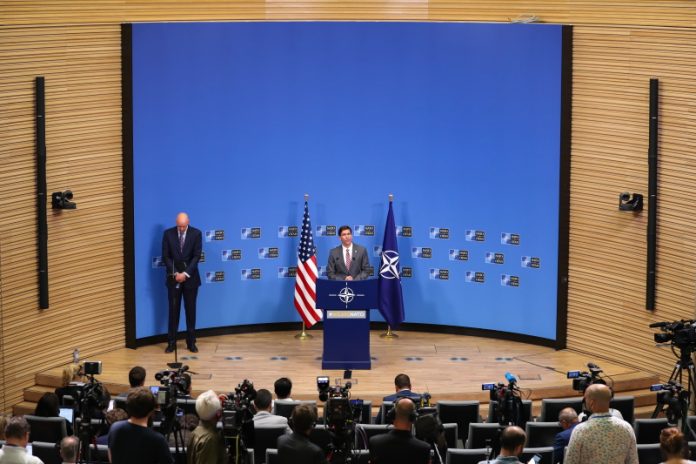 The US and the Taliban have negotiated a proposal for a seven-day reduction of violence in Afghanistan, said American Defence Secretary Mark Esper.

“We’ve said all along that the best if not only solution in Afghanistan is a political agreement,” Efe news quoted Esper as saying at the end of a meeting of NATO Defence Ministers here on Thursday.

“Progress has been made on this front and we will have more to report on that soon, I hope.”

He added that there had been a series of “productive” meetings with US allies about the proposal and way forward.

Esper’s announcement comes after Afghan President Ashraf Ghani on Tuesday said that the Taliban had proposed a reduction of violence to facilitate an agreement with the US after negotiations had stalled for several months.

A lasting reduction in violence in Afghanistan would open the door to advancing the ongoing peace talks and could allow the parties to sign a deal that has been pending in recent months, mainly due to insurgent attacks in the country.

A draft agreement between the Taliban and the US was finalised last September and contemplated the withdrawal of more than 5,000 American soldiers in the first 135 days after signing.

Afghanistan has been gripped by a bloody war since in 2001 when a US-led coalition overthrew the Taliban regime, which since then has fought to regain control of the country, where it currently dominates large territories.

Details about when the partial truce was set to begin were not immediately clear, but a Taliban official told the media that the group would begin a “reduction of violence” on Friday.

Another day of over 1000 new Covid cases in Kerala