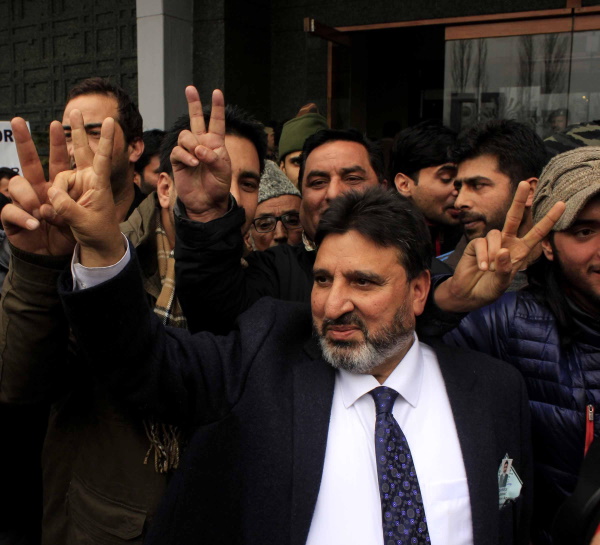 “A five-member team has been constituted to draft the constitution of the party. The announcement will be made in Srinagar in the next few days,” Bukhari told IANS.

He said the party won’t just consist of former legislators and ministers but will include new faces as well.

“It is going to be pan J& K party,” Bukhari said. “It will have a mix of experienced politicians and new entrants to politics.”

He said he has made an appeal to the people from all walks of life to come forward and to join the party.

Bukhari was the first mainstream politician in Kashmir who said publicly to move beyond the abrogation of Article 370A and strive for achievable political objectives.

In January, a Bukhari-led delegation presented a memorandum to the Lt Governor listing measures for the revival of political activities. They demanded restoration of statehood and domicile rights for the residents of J& K.

The group stressed on the release of all the detainees following the abrogation of Article 370, including three former chief ministers.

Bukhari later led a group of former PDP legislators for a meeting with a 16-member delegation of foreign envoys in Srinagar.

The move triggered a strong response by the PDP, which expelled eight of its members for taking part in the meetings and siding with Bukhari.

Have never been comfortable with undue attention, says Anurag Kashyap