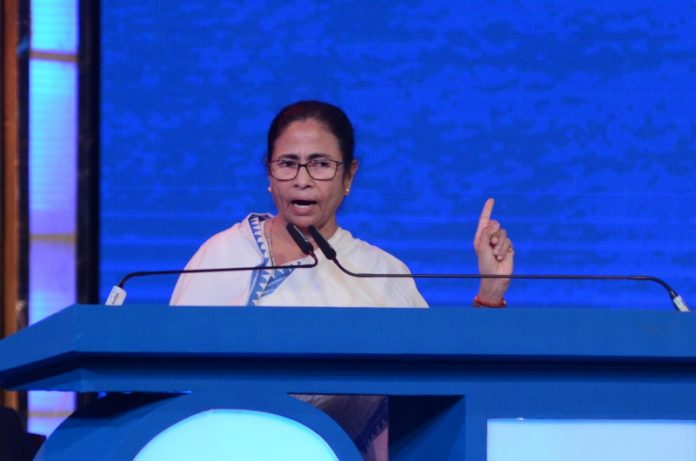 Accusing the BJP and other Hindutva outfits of attempting the religious conversion, West Bengal Chief Minister Mamata Banerjee said on Friday that her administration has thwarted such bids at two places.

She said such attempts were made in Malda and Alipurduar. “We have thwarted these efforts. Why are your people doing all these,” she asked Tigga.

Banerjee had earlier raised the allegation of forced religious conversion against the Vishwa Hindu Parishad, an affiliate of the Sang Parivar.

On February 2, a clash broke out between the activists of VHP and the Jharkhand Disom Party at Alampur in Malda district after JDP activists stormed the venue of a mass marriage ceremony.

The VHP had organised the mass marriage programme for 100 couples.

Speaking in the House, Banerjee also said that she would soon write to other Chief Ministers requesting them to desist from conducting the National Population Register (NPR) exercise in their states.

She also reiterated her stand that she won’t allow the implementation of the Citizenship (Amendment) Act, as also the National Population Register or National Register of Citizens in the state.

The Chief Minister said that some states have started the NPR exercise, but she would write to other Chief Ministers, urging them not to undertake the exercise as it was a “precursor to NRC”.