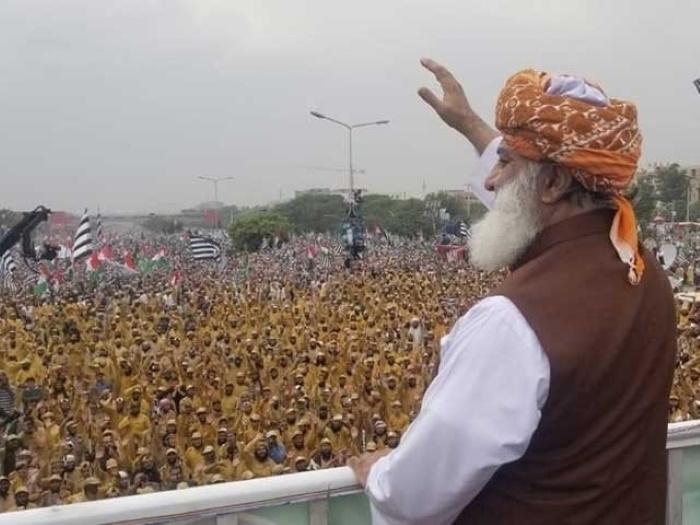 On Friday, Khan called for treason proceedings against Rehman for remarks regarding the ouster of the incumbent government.

“I’m challenging Imran Khan to go ahead and try him under Article 6. A treason case should have been filed against the Prime Minister for speaking against the state institutions during his US and Iran tours,” Mehmood said.

The lawmaker further said that the opposition didn’t consider the Khan-led government as legal and constitutional.

“No matter what he does against the opposition, we’ll continue to call him a selected Prime Minister,” he said, adding that the government was victimising its political rivals.

Earlier this week, Rehman said that he had ended his Azadi sit-in because he had been given assurances that Khan will step down and elections will be held in three months.

The JUI-F had staged a 13-day (from November 1 to 13, 2019) sit-in on Kashmir Road in Islamabad that came to an abrupt end as the party chief announced going for Plan B, blocking various major roads across the country.

However, he wouldn’t say who had given him the “assurance”, The Express Tribune reported.