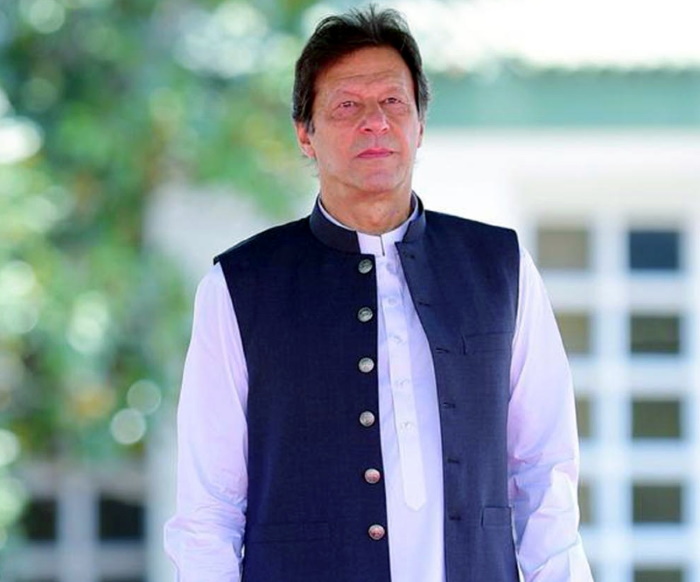 Prime Minister Imran Khan on Friday called for treason proceedings against Jamiat Ulema-i-Islam-Fazl (JUI-F) chief Maulana Fazlur Rehman for remarks regarding the ouster of the government.

“There should be a case under Article 6 against maulana for his statement regarding the ousting of the government,” he said, during an informal conversation with journalists, Dawn reported.

Earlier this week, Rehman said that he had ended his Azadi sit-in because he had been given assurances that Prime Minister Imran will step down and elections will be held in three months.

The JUI-F had staged a 13-day (from Nov 1 to 13, 2019) sit-in on Kashmir Road in Islamabad that came to an abrupt end as the party chief announced going for Plan B, blocking various major roads across the country.

Rehman did not say where the assurance came from, and analysts are of the view that throughout the JUI-F protest and dharna there was no indication that the PTI government was vulnerable or it may agree to the JUI-F’s demand for re-elections.

Khan also said that his government would introduce electoral reforms to ensure that free and fair elections are held in future. He said that a bill will be introduced in the Parliament to introduce biometric voting. He said that the government also plans to bring changes in elections of senators to stop the use of money.

He also commented on the countrywide shortage of wheat and sugar and revealed that there has been an investigation in the matter.