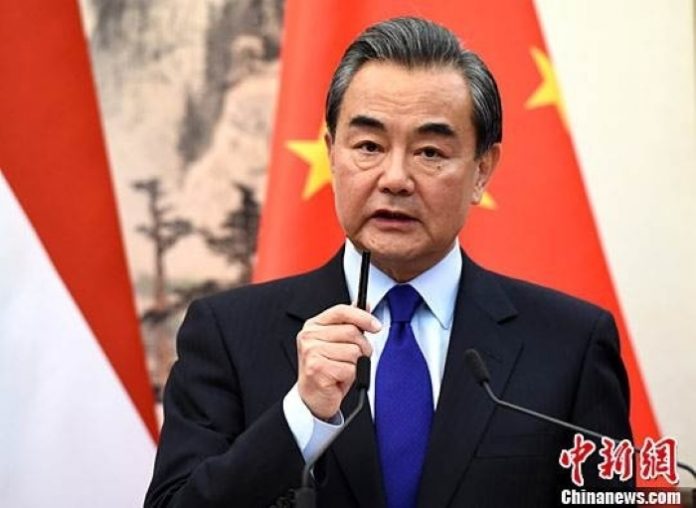 Chinese State Councillor and Foreign Minister Wang Yi has met the World Health Organization (WHO) Director-General Tedros Adhanom Ghebreyesus here in Germany on the sidelines of the Munich Security Conference.

Yi said on Saturday whenever an epidemic occurs, rumours spread and cause panic, and there should be someone to be impartial and tell the truth.

As head of WHO, the Director-General has treated the novel coronavirus epidemic with professionalism and scientific attitude, affirmed the effective measures which China has taken, and called for all parties to maintain confidence, resist rumours and strengthen cooperation. “We appreciate it,” Yi said on Saturday, Xinhua reported.

No epidemic is invincible, and this one is no exception. With the great efforts of the Chinese people, the prevention and control of epidemic is heading in a positive direction, Yi said.

China welcomes the visit of WHO expert team and is willing to work closely with the WHO to defeat the epidemic as soon as possible, not only safeguarding the lives and health of Chinese people but also contributing to international public health cause, he noted.

Wang said he believed that the mutual trust and cooperation between China and the WHO will be further consolidated through the fight against this epidemic.

For his part, the WHO chief said epidemic knows no borders, and the international community must unite against this common enemy of mankind.

Ghebreyesus said he has called for all countries to unite and cooperate in the scientific approach and on the basis of factual evidence, instead of spreading fake news and stigma.

Given the misinformation about the novel coronavirus epidemic, WHO has communicated with some companies including Google to ensure that the public will get the authoritative information from the WHO, Ghebreyesus noted.

The WHO highly appreciates the tremendous efforts China has made to contain the epidemic, Ghebreyesus said.

He said China protects not only its own people but also people from other countries in the world. The WHO sent experts to China not because China lacks capacity but to show solidarity and cooperation.

These important facts need to be understood by the world, and China’s efforts and sacrifices deserve appreciation and gratitude from all countries, Ghebreyesus said.

The WHO will continue to uphold the truth, adhere to the principles, stand firmly with China and provide all possible help. WHO is confident that the epidemic will be overcome at an early date, he said.