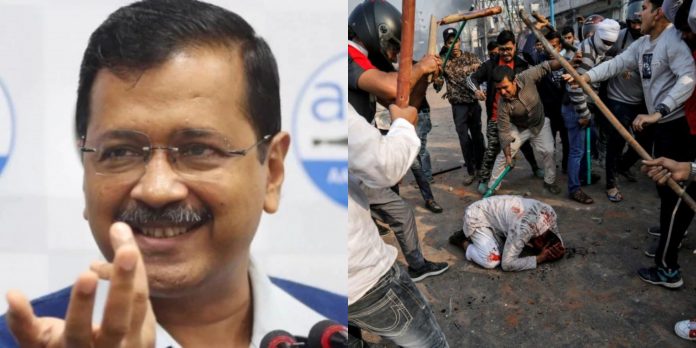 Delhi was burning, bleeding yesterday. Despite promises of bringing the situation under control, the agitation continues with the help of Delhi police. At least 10 people died and more than 160 are seriously injured in this organized attack against Muslim protesters.

The attack on the anti-CAA protesters which started on Sunday escalated yesterday and is still going on. Conspicuously missing from the scene was Delhi CM Arvind Kejriwal, who was busy wishing people birthday on Twitter till yesterday afternoon.

The CM got enlightened of the issue only in the evening yesterday but went with the same rhetoric that Delhi Chief Ministers have continually used, “the police are not under my control.”

No action against Kapil Mishra

It is hard to believe that the CM was unaware of what was happening on the ground.

It was BJP leader Kapil Mishra who had incited the mob on Sunday at Maujpur to turn violent against the anti-CAA protesters. He had visited the area on Sunday and had issued a call through Twitter urging people to gather and “prevent another Shaheen Bagh” protest from taking place near the Jaffrabad Metro Station.

Deputy Commissioner of police was standing beside Kapil Mishra when the statement was made.  Videos were posted on social media, but Delhi CM failed to take any preventive action.

But what could have been done?

By yesterday evening, Kejriwal who suddenly was informed of the situation started tweeting updates. Still, he refused to be on the ground, failed to take proactive actions to bring the situation under control.

He kept on appealing to the Home Minister and central government to bring the ‘distressing’ situation under control. But well, the centre was busy welcoming Trump.

Twitterati reminded Kejriwal of his 2013 tweet. Mocking the then CM Sheila Dikshit Kejriwal wrote on Twitter, “Sheila Dikshit’s response after each rape – “what can I do? Delhi police not in my control.” Do we want such a helpless CM?”

Is Kejriwal still trying to save the votebank as many liberals were proclaiming before the elections?#Kejriwal https://t.co/f5zkDIKAwG

Ajay Maken, who was MOS(Home) in the UPA Government went on to explain to CM what are the probable things that could be done.

“1. Immediately establish a helpline directly under you for any complaint of police inaction or that of violence-to be monitored & further passed on to the Police+SDM (directly under Delhi govt

3. Immediately form peace committees in all troubled areas comprising of important social influencers from the same areas, including elected MLAs, Councillors, DC of the District (Directly under Delhi Govt.), local SHO&SDM. Make each Minister of your Cabinet in charge of such Committees and ask them to hit the ground

4. Immediately establish a hotline with the Lt Governor and talk to him (LG) on hourly basis to take stock of the situation

5)Take a lead and don’t sit back blaming others.”

Maken requested Kejriwal to take the above-mentioned step and rise up to the situation. But forget the steps, CM failed to get out of his home to at least visit the affected areas.

Kejriwal Absolves Delhi of the Sin

Capital of the Country is turning into Gujarat model 2002 and #Kejriwal is all silent on what's goin on. And nobody knows what #DelhiPolice is actually doing there.#DelhiBurning #AmitShahResign

The CM, however, held two meetings today and reiterated to the media and public that it was miscreants from UP and neighbouring states who have created the issues. And situation can be brought under control if the borders are closed.

However, The CM failed to explain why the Delhi police were seen helping these outside elements. He also can’t probably explain why there were bagva flags outside Hindu households in the affected area or why the attack seems very organised. After all, he was busy wishing people birthday when the city was burning. 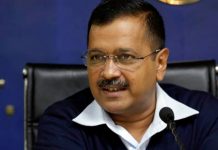 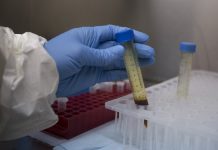 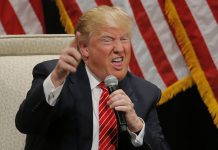 Twitter awards first ‘manipulated media’ label to Trump, What you need to know?

UP Police to begin registration of senior citizens