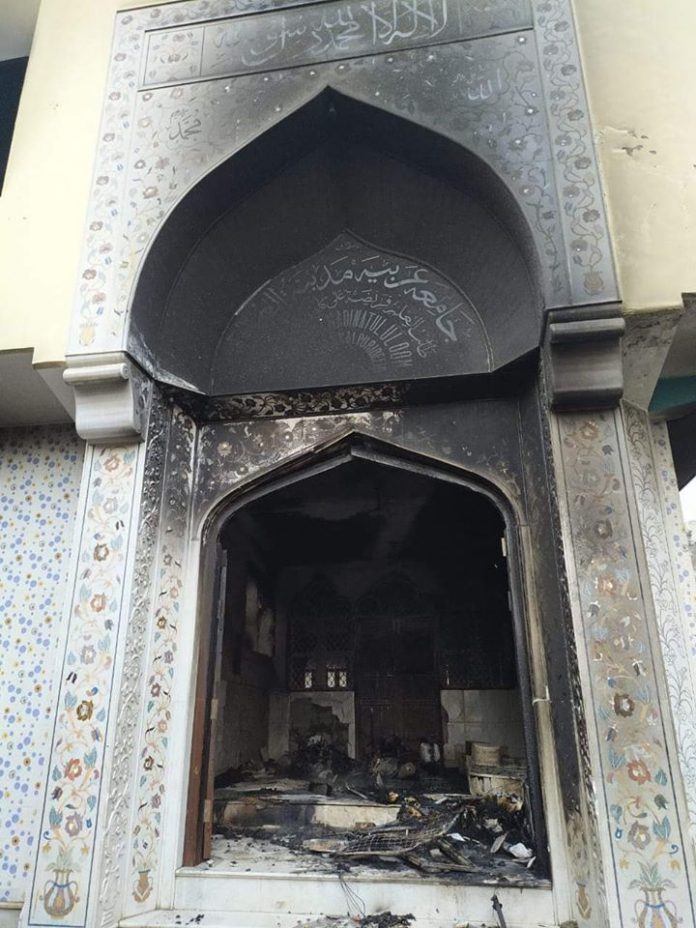 A very dark time in our history is being repeated in Delhi. Four days have passed since the Gujarat model reached Delhi, and many incidents are repetitions of the violent, infamous past that reflected the islamophobia that is inherent in this nation.

As per the new reports, the official death toll has reached 20. Reports from the field suggest that the number could be quite more.

These well-planned systematic terrorist attacks are now focussing on mosques. And these attacks, motivated by Hindu nationalist sentiments, eerily share a common thread with many similar attacks in recent years.

The mosque in Ashok Nagar was not just desecrated, but the psychotic mob is seen hoisting a saffron flag on top of it. And clearly this is a reminder to the Indian Muslims, of a past which had questioned their dignity, time and again.

The mosque in Ashok Nagar is another Babri, for the Hindu mob, perhaps every other mosque in this country is.

The mob was seen shouting “Jai Shri Ram” and “Hinduon ka Hindustan” as they paraded around the burning mosque in celebration, and a Hanuman flag was placed on the minaret of the masjid.

Reporters of thewire.in, met with a pro-government Hindutva mob and spoke to them about the violence and their modus operandi.

The reporters are seen asking the mob, who burnt the Mazar. And one of them responds,  “We can even give you the names of those who did; we know them very well. Okay, we will not tell you. We have burnt it (the Mazar); we all have burnt it. Keep the camera down. Not one person has burnt it; we all have.”

At least two mosques have been burnt down in the north-east Delhi area. Children and women who have been hiding in the mosque were attacked by rods.

Apart from the Hanuman flag, the man has also placed a tri-color flag on the minaret.

Most people have failed to see that the goons also placed the tricolour on that Mosque in Ashok Nagar, Delhi.

There is no coming back from this.

The job is fully done.

Despite video evidence, Delhi police, however, were reluctant to accept that any mosques were burnt down in the area.

“Some false information/news item has been circulating regarding damage to a mosque in Ashok Vihar area. It is to clarify that no such incident has taken place in the area of Ashok Vihar. Please do not spread false information,” said Delhi police in a statement.

It is unclear as to why police are talking about Ashok Vihar when the reports suggest Ashok Nagar.

Badi Masjid, West Jyoti Nagar, Block D, Ashok Nagar, Shahdara, Delhi, 110093.
Don’t trust anyone.
But you can go and check the still-burning mosque with a saffron flag at the top…

The situation in Delhi was triggered by BJP leader Kapil Mishra’s ‘ultimatum’ to the Delhi Police that the anti-Citizenship (Amendment) Act (CAA) protesters and Jaffrabad and Chandbagh should be removed within three days.

While the attacks on Muslims are continuing with the help of police, Delhi state administration was of no help.