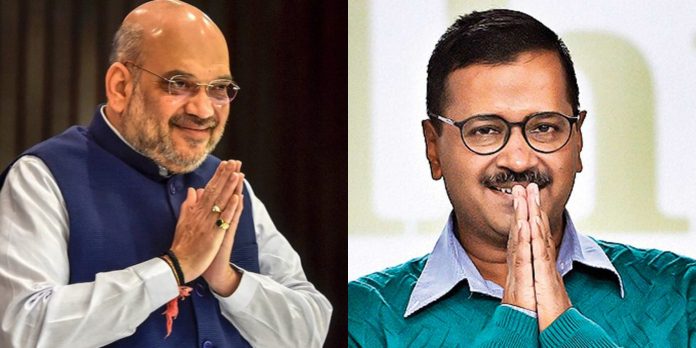 Back in 2012, exploiting the emotion of a large civil society movement called ‘India Against Corruption’ a party was formed. They called themselves ‘Aam Aadmi Party’, or the common man’s party.

It made its political debut, within a year of inception in the 2013 Delhi elections. AAP had a thumping victory in the legislative assembly elections of 2015, and they had been in power ever since.

The party also had a major victory in the legislative assembly elections of 2020. Kejriwal who openly criticized the hate politics of Sangh Parivar said that Hindu-Muslim politics won’t work in Delhi.

He also said that no one can break the spirit of Delhi. But now, it is broken. And Kejriwal puts the blame on ‘outsiders’ and fails to own the responsibility. Is this what we voted for? What difference could he make?

Corruption was the central theme that catapulted AAP into a political force, and it somehow created the illusion that they can question powerful political forces on behalf of people.

But as is rightly said, “Power Corrupts.” And the five years plus rule of Aam Aadmi Party is the right example. Kejriwal’s crucial election victory was celebrated by liberals and AAP was hailed as the alternative to BJP. 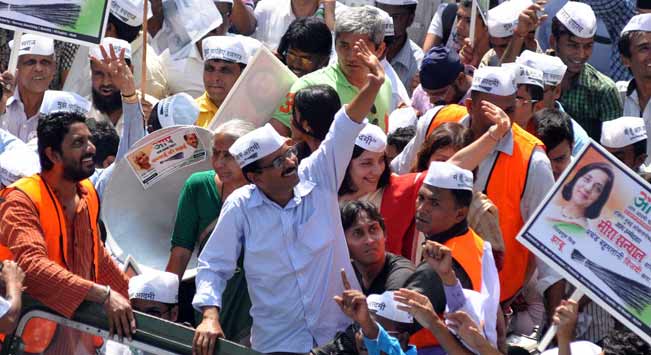 But what difference could they make? Each of the decisions that AAP took post elections have shattered that hope.

The inaction of the CM when the Muslims were bleeding in the streets of north-east Delhi was vehemently criticized. Displaying his leaning towards right further, the CM approved the prosecution of JNU sedition row.

And the latest report suggests that the state government is yet to provide relief to those affected.

Bogus campaign tricks or How to question a voter’s intelligence

BJP’s election campaign this year is focussed on communal polarization. Garnering confidence from the immense hold they have over the judiciary, media and police force the Hindu party no more hesitates to openly spread hate. 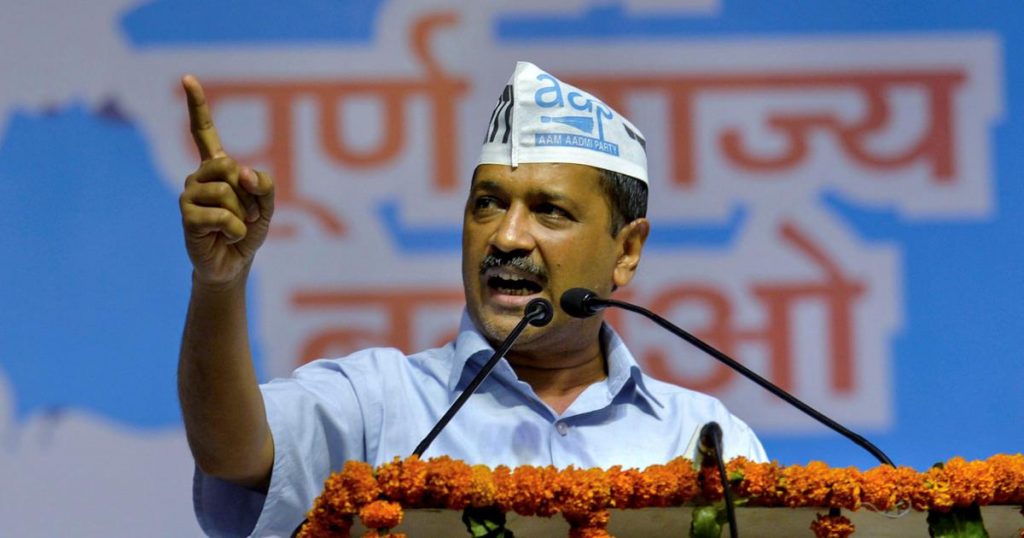 AAP which at no point was in support of or against the anti-CAA-NRC-NPR movement took full advantage of the image BJP awarded them. They were projected throughout the campaign to be a Muslim loving party.

While at one hand Kejriwal garnered votes of Delhi Muslims on the other he succeeded to dout this image by singing Hanuman Chalisa before media. And this is probably the point where AAP’s ideology started getting revealed slowly.

23rd February is when the Hindu’s attacked the protesting Muslim crowd of Jaffrabad. Anyone with common sense could predict what might happen in north-east Delhi in the coming days. But until the 24th February night, the Chief Minister did not respond. 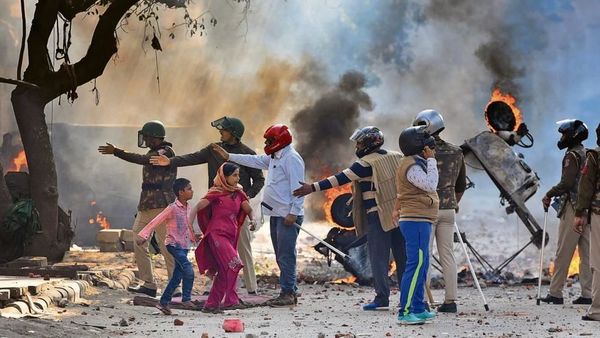 Kejriwal was seen wishing birthday on twitter when Delhi was burning. And when criticized, he disowned any responsibility. Kejriwal was silently giving consent for a planned, organized pogrom that killed 46 innocent people.

His response was mocked by Twitterati. They reminded him of his 2013 tweet. Taking a dig at the then CM Sheila Dikshit, Kejriwal wrote on Twitter, “Sheila Dikshit’s response after each rape – “what can I do? Delhi police not in my control.” Do we want such a helpless CM?”

The CM, however, held two meetings back to back on 25th February and reiterated to the media and public that it was miscreants from UP and neighboring states who have created the issues. And the situation can be brought under control if the borders are closed.

However, The CM failed to explain why the Delhi police were seen helping these outside elements. He also can’t probably explain why there were bagva flags outside Hindu households in the affected area or why the attack seems very organized.

On February 25th the alumni and student of Jamia Milia Islamia university had protested outside his residency, where he was seemingly hiding for the two days. And instead of being a people-friendly CM that he claims to be, Kejriwal chose to use water cannons against them.

It was only on February 26th that the people’s CM visited the affected areas- this was once the situations were under control. The CM also did nit visit hospitals or victims in the initial two days.

Kejriwal also took a total U-turn when it came to the JNU Sedition case. The CM who had called Kanhaiya Kumar’s speech brilliant, back in 2016, now gave permission to Delhi Police to prosecute him. 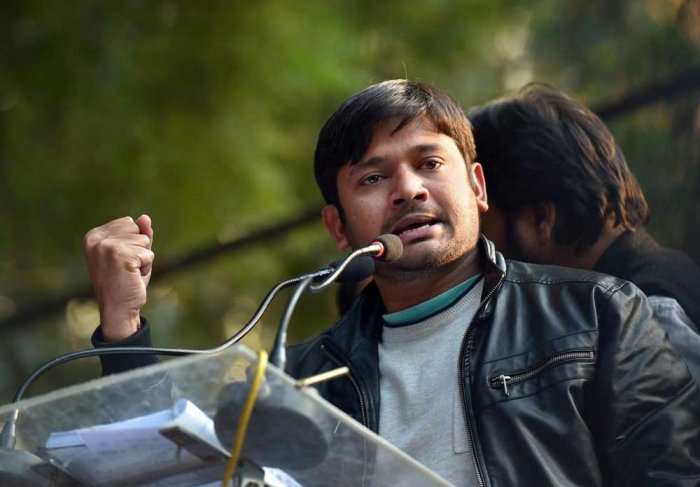 “Heard Kanhaiya’s speech many times. Amazing clarity of thought expressed wonderfully. He said what most have been feeling. God bless him,” is what Kejriwal tweeted four years back.

But four years is indeed a long time. And four years later we are witnessing a man who forgot about the emotion that led to the very inception of his party.

Yet to provide relief

The CM tried to wash the blood in his hands with detailed announcements regarding relief. But the fact-finding team which had visited the relief camps of Delhi has a different story to share.

The team said that both the Centre and Delhi government has not even set up a single camp in the areas that they visited. All the help that people have received so far is from non-governmental agencies.

“All relief including food, clothing and medicines are being provided only by private entities – either through religious bodies (gurdwara, church) or through civil society groups,” they said.

Their report says, “It is clear that the Central and Delhi governments have failed in providing any modicum of relief to those affected or displaced by the recent spate of violence.

In each place, families which had to abandon their homes due to violence are taking refuge with their relatives or have made private arrangements in different localities or are staying in temporary accommodation provided by private individuals.”

Delhi CM who announced one crore to help the family of IB official Ankit Sharma who was found dead in the period has not yet taken the name of any of the other victims, nor has ensured they are receiving help.

“Your son has become CM, There is no fear now”

“Your son has become CM. Call home and tell your families, ‘There is no fear now’,” said Arvind Kejriwal after he took oath as the CM of Delhi.

But the official apathy suggests that there are more reasons to be scared now. Because your son who has become the CM is scared himself to call out those who instigated the situation. He told at least twice this week that Delhi police (who was complicit in the violence on Muslims) did a good job. 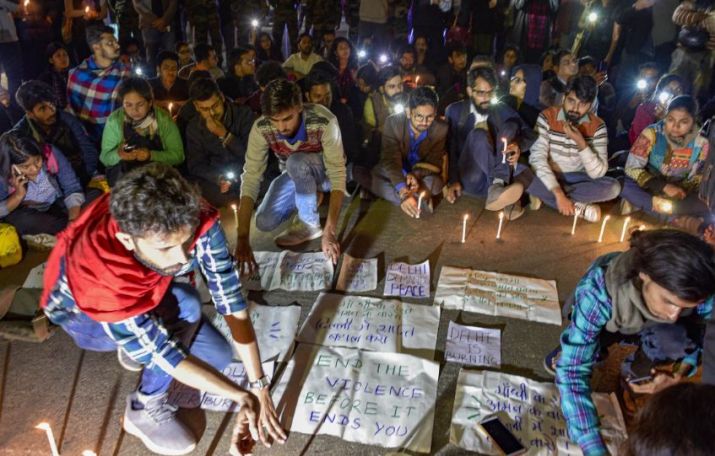 He is scared to question why activists like Khalid Saifi and Ishrat Jahan who had been peacefully protesting are in jail while Kapil Mishra and Anurag Thakur are roaming freely without anyone holding them accountable. Clearly, Kejriwal has failed as a CM.

The refusal to accept any responsibility brings out the corrupt politics of the Aam Aadmi Party.

During his campaign, Kejriwal had mocked Amit Shah and had invited him for a public debate. He said,  “Amit Shah is saying, ‘Vote for me and I will decide who will become the CM.’ ”  And within two weeks, Kejriwal has transformed to be a CM that Amit Shah wants him to be.

Arvind Kejriwal was the CM when Delhi witnessed a preplanned pogrom that killed 46 innocent citizens. And he did nothing to stop it. This will be remembered for a long, long time.

As rightly said, he who does not oppose evil, commands it to be done.