If at all someone is to be blamed for the pre-planned pogrom in Delhi, it shall begin with the police force, which not only controlled the situation but was complicit in the same. The CM has already given up putting the blame on Centre who controls Delhi police, and home minister Amit Shah is maintaining his tactful, cunning silence.

The police were seen pelting stones, they unleashed violence on innocent people and remained mute spectators when people were bleeding on the streets.

The incident has led us back to some basic questions. Is there a way to make police accountable at all? Where do we stand in terms of police reform?

Lack of independence and professionalism

Justice KM Joseph said, “Regarding police inaction, I want to say certain things. If I don’t I won’t be discharging my duty. I have my loyalty towards this institution, towards this country. The problem is the lack of independence and professionalism in the police. If this had been done before, this situation would not have risen.”

Throughout the course of protest against CAA-NRC-NPR, there were several reports of police resorting to violence to disperse the crowd. It was the same police which remained silent when Kapil Mishra was inciting the crowd, used water cannons against Jamia students who were protesting in front of Kejriwal’s house.

The key problem here is that the police behave as if they are more accountable to people in power than the civilians.

The crime in India report of NCRB speaks volumes about the crime perpetrated by police and lack of accountability. According to the National Crime Records Bureau (NCRB) out of  89 cases registered against police officers for human rights violation, the police submitted the charge sheet in only 25 cases and not a single accused police officer was convicted.

NPC came up with 8 reports and many topic-specific recommendations and a Model Police Act. However, none of these reports were taken into consideration by any government. Following this, in 1996 two former DGP’s filed a Public Interest Litigation (PIL) in the Supreme Court which sought to implement the NPC recommendations.

In 1998, the Court set up a Ribeiro Committee which handed in its reports in 1999. This was followed by the Padmanabhaiah Committee report in 2000 and eventually the Police Act Drafting Committee (PADC or Soli Sorabjee Committee) that drafted a new model police bill to replace the colonial 1861 Police Act.

The court finally delivered its verdict in 2006. The order in the case which came to be called the “Prakash Singh case,” suggested that reform must take place. It also directed an immediate implementation of its orders. However, it was of little use as the concerned authority has not taken the necessary steps yet.

Directive One: Constituting a State Security Commission which would
(i) Ensure that the state government does not exercise unwarranted influence or pressure on the police
(ii) Lay down broad policy guideline and
(iii) Evaluate the performance of the state police

Directive Three: Tenure
Ensure that other police officers on operational duties (Including Superintendents of Police
in-charge of a district and Station House Officers in-charge of a police station) are also
provided a minimum tenure of two years

The endless wait for reform

If there is one lesson that is to be learned from the Delhi pogrom, it is the immediacy with which the police forces shall be reformed. One of the most crucial recommendations of this is the establishment of the Police Complaint Authority.

However many states including Uttar Pradesh and Andhra Pradesh have not yet responded to the call of the Supreme Court to set up PCA despite several directives. And the one in Delhi is caught up in a legal tussle between Lieutenant-Governor and Delhi government.

One thing is sure, it is high time that we think of and implement necessary steps to reform our police. 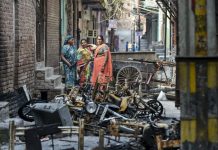 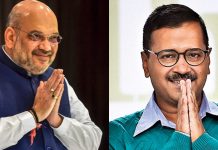 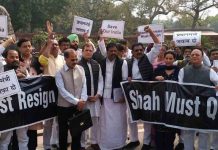 Protests over Delhi riots, Here is what happened at the parliament