The world is struggling to contain the outbreak of deadly Coronavirus – which as of Sunday has infected 1,50,000 people across 137 countries.  5,700 deaths have been reported so far. But if there is one thing that is spreading faster than the virus, it is the conspiracy theories surrounding the origin and propagation of Covid-19.

The theories started doing rounds in Social media, with thousands of accounts claiming that the US created this virus to “wage economic war on China.” While a Us Senator strengthened the conspiracy by refuting these claims with his suggestion that it began in a  Chinese bio-weapons lab and not an outdoor market.

Clearly, a global competition can be seen over owning the narrative of Covid-19, which is motivated by fear, hatred, and division.

“Wuhan Virus” and China’s Tale on the US Army

Without an iota of evidence to substantiate his claims, Zhao Lijian, the spokesperson of China’s Ministry of Foreign Affairs accused that the virus was introduced by members of the United States Army who visited Wuhan in October.

“CDC was caught on the spot. When did patient zero begin in the US? How many people are infected? What are the names of the hospitals? It might be the US army that brought the epidemic to Wuhan. Be transparent! Make public your data! The US owes us an explanation!” Zhao tweeted.

2/2 CDC was caught on the spot. When did patient zero begin in US? How many people are infected? What are the names of the hospitals? It might be US army who brought the epidemic to Wuhan. Be transparent! Make public your data! US owe us an explanation! pic.twitter.com/vYNZRFPWo3

The United States is keeping up with China in this race to spread conspiracy. Earlier, Senator Mike Pompeo had referred to the Covid-19 as the “Wuhan virus.” Donald Trump’s national security adviser, Robert O’Brien, went one step ahead.

“Unfortunately, rather than using best practices, this outbreak in Wuhan was covered up. There’s lots of open-source reporting from China, from Chinese nationals, that the doctors involved were either silenced or put in isolation, or that sort of thing so that the word of this virus could not get out. It probably cost the world community two months,” he said in Washington.

The need to grow beyond conspiracy theories

In the presence of an urgent threat, the world requires collective efforts to contain rather than selective tools to isolate. The virus can be killed, but not conspiracy theories spread by powerful people through the right medium.

All these attempts seek to politicize a public health emergency. It helps only in growing fear, hate, and division amongst people. And clearly, this isn’t the time for political diplomacy.

“At WHO, we’re not just battling the virus, we’re also battling the trolls and conspiracy theorists that push misinformation and undermine the outbreak response,” said Tedros Adhanom Ghebreyesus, head of the World Health Organization (WHO).

When there isn’t enough information available to people, it is then that they speculate. And this speculation inherently holds within it, the hate, prejudices, and stereotypes of the person or people propagating it.

One thing is clear, we need more information and fewer conspiracies. And it can only be achieved with the collective efforts of world leaders, social media influencers and media. 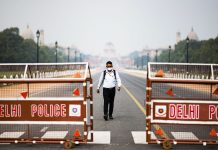 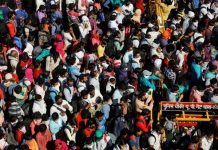 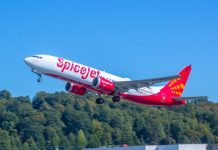