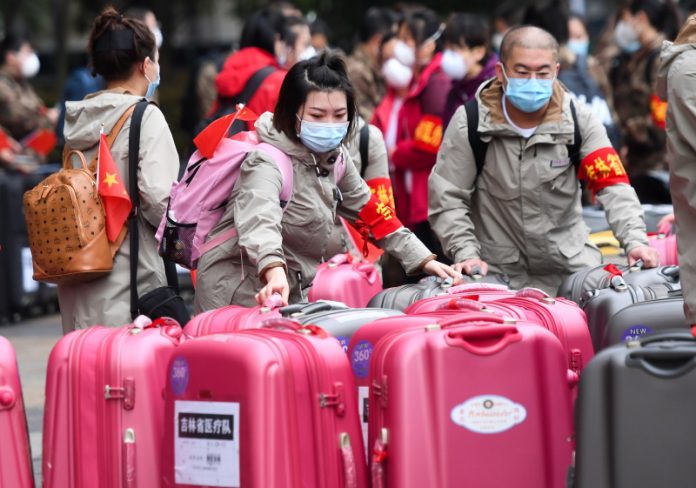 China on Friday announced a temporary ban on all foreign visitors, even if they have visas or residence permits due to an increase in the number of imported coronavirus cases in the country, the epicentre of the pandemic.

Although China reported its first locally-transmitted coronavirus case after three days on Friday, almost all its new cases now come from abroad, the BBC reported.

There were 55 new cases across China on Thursday of which 54 were imported.

On Friday, the Chinese Foreign Ministry said it was “suspending the entry of foreign nationals” because of the “rapid spread of COVID-19 across the world”.

The suspension applies to people with visas and residence passes, but not to diplomats or those with C visas (usually aircraft crew).

People with “emergency humanitarian needs” or those working in certain fields can apply for exceptions.

China was also limiting Chinese and foreign airlines to one flight per week, and flights must not be more than 75 per cent full.

Although the virus emerged in China, it now has fewer cases than the US and fewer deaths than Italy and Spain.

There have been 81,340 confirmed cases in China and 3,292 deaths, the BBC quoted the country’s National Health Commission as saying on Friday.

In total, 565 of those confirmed cases were classed as “imported” – either foreigners coming into China, or returning Chinese nationals.

In Hubei – the province where the outbreak began – there were no new confirmed or suspected cases on Thursday.

The lockdown in provincial capital Wuhan, which began in January, will be eased on April 8.

After Kolkata Organisation Gets Trade Union Status, Domestic Workers Take To Streets For Their...