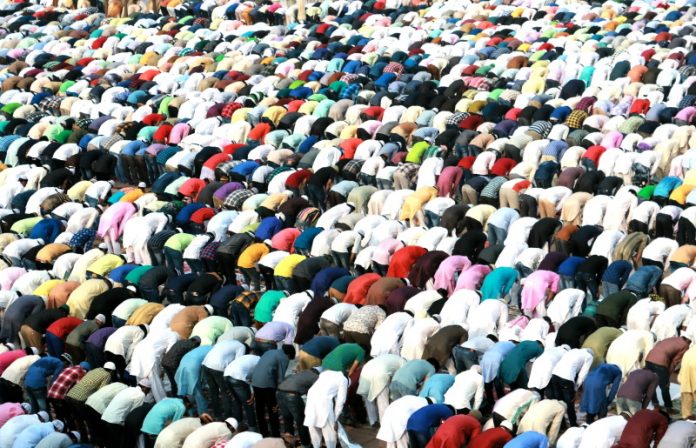 Amid lockdown to contain the spread of Covid-19, Muslim Personal Law Board has appealed to Muslims that they should stay away from the mosques.

“Due to #NovelCoronavirus pandemic, Muslims are recommended to offer Zuhur at home instead of praying Jumah at mosques. DON’T come out for congregational prayers and #StayAtHomeSaveLives. It is mandatory upon all to avoid causing harm to their fellow citizens,” tweeted AIMPLB late on Thursday night.

The same appeal has been made by different Muslim bodies.

Jamaat-e-Islami Sharia Council had said in a statement: “The Friday prayers (Juma Namaz) should be observed (only by Imams, muezzins, khadims, and administrators of mosques). The prayers and the ‘khutbah’ (speech) should be completed in the minimum possible period whereas the remaining public should conduct the ‘Zohar’ prayer at home.”

The Shia sect’s religious leaders too decided to suspend the Friday prayers across the country and asked the followers to remain indoors.

Maulana Ashraf, Imam of Mumbai, said: “We have suspended the Friday prayers and daily prayers in mosques since last week. This arrangement will continue until the government desires as the primary objective should be to save human lives and follow the government directive. We are appealing to the people to remain indoors from mosque loudspeakers and social media.”

Kashmir’s Grand Mufti Nasir-ul-Islam said that he had also appealed for the suspension of Friday and daily prayers and it’s allowed in Islam.

The mosques in the national capital and elsewhere are only giving calls for prayers to the faithful whereas only three to five persons offer prayers on the premises while adhering to social distancing norm, said a muezzin.