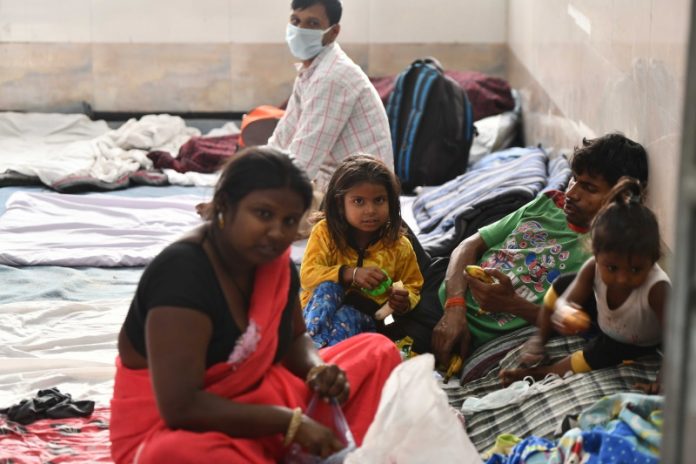 At the centre of the storm after 24 coronavirus positive cases have been found in Tablighi Jamaat, the markaz Nizamuddin where 1500 people were stuck, has issued a statement that they informed the officials and sought permission to evacuate them but were denied.

The markaz has even given proof of communication between police and concerned authorities and has slammed media for misreporting.

The markaz in a statement said, “When Hon’ble Prime Minister announced the “Janata Curfew” to be observed on March 22, the ongoing program at the centre was discontinued immediately.”

While all these were happening, on March 24, 2020, a notice was issued by SHO, P.S.A Hazrat Nizamuddin, seeking closure of Markaz premises. It was responded the same day, stating that the compliance of the directions regarding closure of the Markaz is already underway as the arrangements for around 1000 visitors belonging to different states and nationalities are being provisioned wherein the concerned SDM had been requested to issue vehicle passes.

“It is relevant to indicate here that lists of 17 vehicles with registration numbers along with the names of the drivers plus their license details were submitted to the concerned SDM so that the stranded visitors/guests could be ferried towards their respective destinations. The requisite permission is still awaited,” said the statement.

On March 25, the Tehsildaar along with medical team visited the Markaz, full cooperation was provided for their inspection as well as preparation of the list of visitors, it further said.

The markaz in a statement said that on March 26, 2020, the SDM visited the Markaz and afterwards meeting was organised with Ld DM and again sought permission for the vehicles arranged by us and on March 27, six persons were taken for a medical check-up.

On March 28, the SDM and WHO team visited the Markaz and 33 persons were taken for a medical check-up to Rajiv Gandhi Cancer Hospital.

“Surprisingly, on the same day another notice was issued, this time by the Office of ACP, Lajpat Nagar, reiterating the prohibitory orders and warning of legal action, being totally oblivious of the above deliberate steps that were already taken by the Markaz administration in consultation with the authorities. However, the same was replied in detail vide letter dated 29th March 2020,” said the statement.

But due to sudden cancellation of railways across the country on March 21, a large group of visitors got stuck in the premises.

On March 22, “Janta Curfew” was observed and visitors were advised not to venture out until 9 p.m. as desired by the Hon’ble Prime Minister. In the meantime, the Hon’ble Chief Minister of Delhi announced a week-long lockdown of Delhi beginning 6 a.m. on the following day i.e. March 23 till March 31, thereby further diminishing the chances of their journey back home.

Suddenly, on the evening of March 23, a nationwide lockdown was announced by the Hon’ble Prime Minister with clear message for the people to stay-put wherever they are.

Under such compelling circumstances, Markaz Nizamuddin was left with no option but to accommodate the stranded visitors with prescribed medical precautions.

Meanwhile, the Markaz administration was continuously putting its efforts with the help of local authorities not only for the smooth movement but also for their stay-put arrangements, the statement said.

Markaz Nizamuddin has never violated any provision of law, and always tried to act with compassion and reason towards the visitors who came to Delhi from different states and nations. It did not even let them violate the medical guidelines by thronging ISBTs or roaming on streets, the statement added.

Trump withdraws sanctions on Turkey over attack in northern Syria