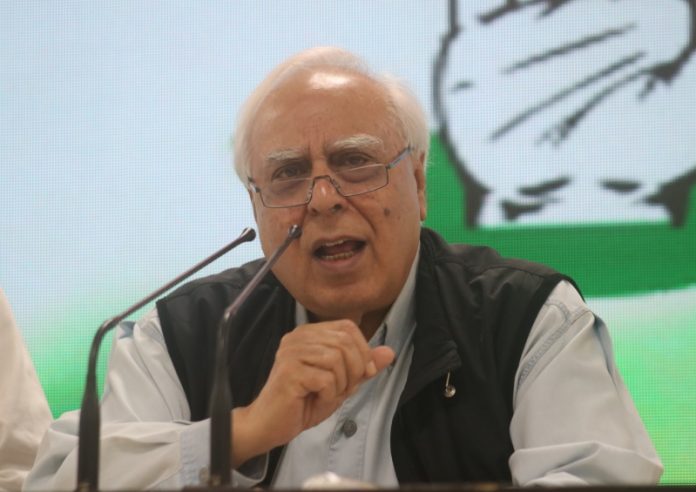 A day after the migrant workers were sprayed with chemical in Uttar Pradesh’s Bareilly, the Congress on Tuesday slammed the government saying treat the labourers with dignity as they build India.

“Disinfectant spray. Time to sanitise our politics. Not migrant workers reaching Bareilly to go home. They work in factories, harvest crops, in restaurants, hotels, in construction projects, highways and in homes. They Build India, treat them with dignity,” senior Congress leader Kapil Sibal said in a tweet.

On Monday, local administration and health workers sprayed disinfect on the migrant labourers in Bareilly after they arrived in the district.

However, after facing flak the District Magistrate Nitish Kumar directed the chief medical officer to provide treatment to those who were sprayed with sodium hypochlorite on Sunday in a bid to sanitize them.

The district magistrate, in a tweet, admitted that the Nagar Nigam and fire brigade personnel became over-zealous in their sanitization drive and sprayed the chemical on the people.

He said action would be taken against the guilty persons.

Non-Subsidised LPG gets Rs 48 Jump, Subsidised up by Rs 2.34 in Delhi