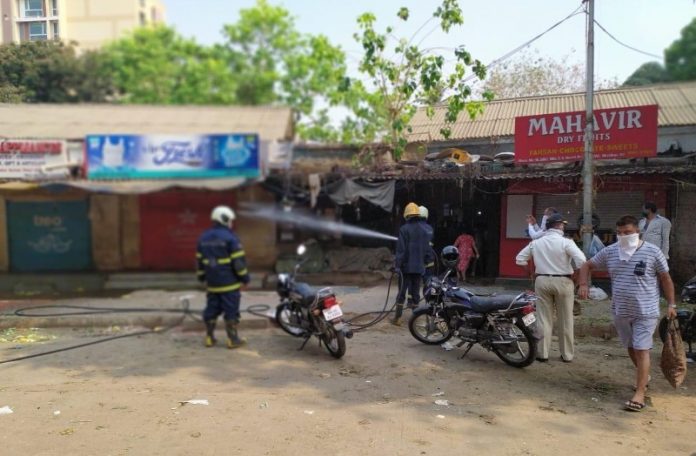 A 75-year-old man died due to Covid-19 in Mumbai, taking the number of such casualties to 12 in Maharashtra, where 19 new corona positive cases reported since Tuesday night took the total cases to 321, health officials said here on Wednesday.

While a 50-year-old man had died at a government hospital in Palghar, the first for this tribal district, the 75-year-old passed away in a Mumbai hospital.

Among new patients, 16 are from Mumbai, 2 from Pune, and one from Buldhana, the highest increase in the past 36 hours from 220 to 321 cases.

Besides Mumbai and Pune, the other cases are in Thane, Sangli, Nagpur, Ahmednagar, Yavatmal, Buldhana, Satara, Kolhapur, Aurangabad, Sindhudurg, Ratnagiri, Gondia, Jalgaon, Nashik, besides one from Gujarat.

Of the 12 Covid-19 deaths, 9 were in Mumbai, and one each in Palghar, Pune and Buldhana.

The state’s youngest victim was a 40-year-old suburban homemaker with no history of foreign travel, and a medico in his early 80s, said officials.

“The ‘war against coronavirus’ has reached a crucial stage and this is the time to exercise extreme precautions. Please do not step out of your homes for your own safety,” he pleaded.

According to officials, among the reasons for the huge jump in cases on Tuesday is the population density, especially in sprawling dingy slums with tiny tenements – which make up half of the country’s commercial capital.

The slums house millions of people eking out an existence in cramped quarters, using common sanitation facilities, insufficient water supply, no open spaces or greenery, making them a potentially fertile ground for diseases as there’ little or no scope for ‘social distancing’.

To address the serious problem, the Municipal Commissioner Praveen Pardeshi on Tuesday ordered requisitioning of all vacant premises like flats, buildings, hotels, lodges, clubs, ships, hostels, community halls, dharamshalas, etc to convert them into quarantine centres for low-risk or high-risk slum dwellers who have come in contact with Covid-19 patients.