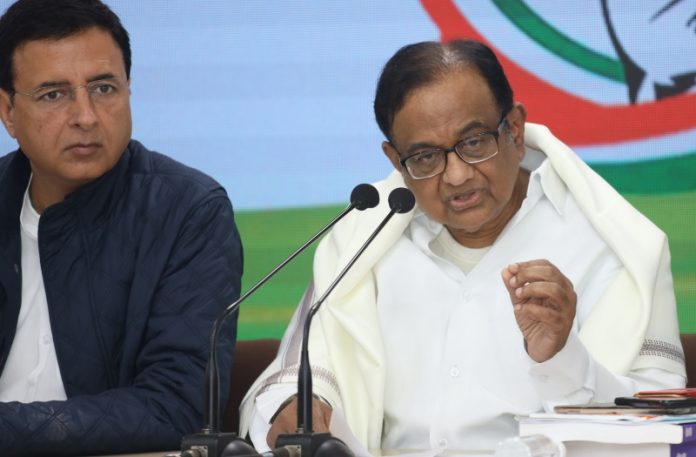 After Prime Minister Narendra Modi urged the people to light candles on Sunday at 9 p.m. for nine minutes amid the nationwide COVID-19 lockdown, the opposition on Friday slammed him saying symbolism was important, but serious consideration was equally important to address financial anxieties of the people.

In a series of tweets, former Finance Minister and senior Congress leader P. Chidambaram said, “Dear Narendra Modi, we will listen to you and light diyas on April 5. But, in return, please listen to us and to the wise counsel of epidemiologists and economists.”

He said, “What we expected from you today was FAP II, a generous livelihood support package for the poor, including the categories of the poor who were completely ignored by Nirmala Sitharaman on March 25”.

Chidambaram added, “Every working man and woman, from business person to daily wage earner, has also expected you to announce steps to arrest the economic slide and restart the engine of economic growth.

“People are disappointed at both counts. Symbolism is important, but serious consideration is equally important for ideas and measures”, said Chidambaram.

The Trinamool Congress (TMC) while attacking the Prime Minister demanded a fiscal package. TMC MP Mahua Moitra said in a tweet, “Turn out lights and come on balconies? Get real Mr Modi. Give India fiscal package worth 8-10 per cent of GDP.

“Listened to the Pradhan Showman. Nothing about how to ease people’s pain, their burdens, their financial anxieties. No vision of the future or sharing the issues he is weighing in deciding about the post-lockdown. Just a feel-good moment curated by India’s Photo-Op Prime Minister,” Tharoor said in his tweet.

In another tweet, he said, “This is no accident: the PM spoke on Ram Navami at 9 am for 9 mins, asked us to light diyas & candles on 5/4 at 9 pm for 9 mins. He is invoking all the auspicious elements Hinduism associates with number 9. Back to Ram Bharose?! #COVID19 must be more serious than we thought!”

“Light the ‘Diyaa’ of reason, not that of superstition,” Sibal said.

The opposition leaders’ remarks came after Modi on Friday once again reached out to the nation amid the 21-day nationwide lockdown and urged people to light a candle or “diya” on April 5 at 9 p.m. for nine minutes to dispel the darkness and gloom brought about by the outbreak of the deadly novel coronavirus.