COVID-19 cases notwithstanding, Kerala continues to lead states in terms of health parameters as the World Health Day, a global health awareness day, is being celebrated on Tuesday (April 7).

On social indicators, like education, healthcare, life expectancy, low infant mortality and low birth rate, Kerala’s achievements have been comparable with developed countries, that too despite a low level of economic development.

It was termed the Kerala model in the seventies by renowned economist K.N. Raj, who was instrumental in setting up of the Centre for Development Studies, here.

During the Oommen Chandy regime (2011-16), the state planning board vice-chairman K.M. Chandrasekhar wanted to take it to the level of Nordic countries.

When Kerala reported the first COVID-19 case — also the first in the country — on January 30, the state’s health sector rose to the occasion and launched a frontal attack on the infection.

The challenge was also huge because a large population of Keralites live abroad and in other states. On a normal day around 80,000 people, it’s estimated, arrive at the four airports and over 200,000 travel by trains in the state.

While Kerala has recorded 327 coronavirus cases and 2 deaths, the number in the Nordic countries is around 17,000 positive cases and 700 deaths.

Kerala Chief Minister Pinarayi Vijayan said despite hit hard by coronavirus, the state had been able to stand tall.

Praising the efforts of dedicated and agile health authorities, Vijayan said, “We still can’t rest as the fear of community spread stays. Also, we will have to chalk out foolproof plans to tackle things when the lockdown is lifted.”

An economist, who has worked in the health and local bodies sector, said the state was able to take on coronavirus because of a well-structured health department and it’s perfect coordination with the local bodies.

“No other state can boast of this. This system has undergone a few tests in the past and after handling the Nipah outbreak in 2018, it proved it can handle even more and that’s what one is seeing now,” said the economist, who didn’t wish to be identified. 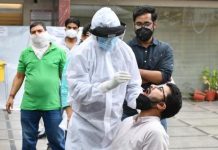 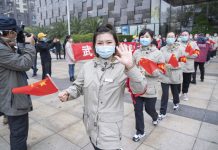 No new COVID-19 cases in China for first time