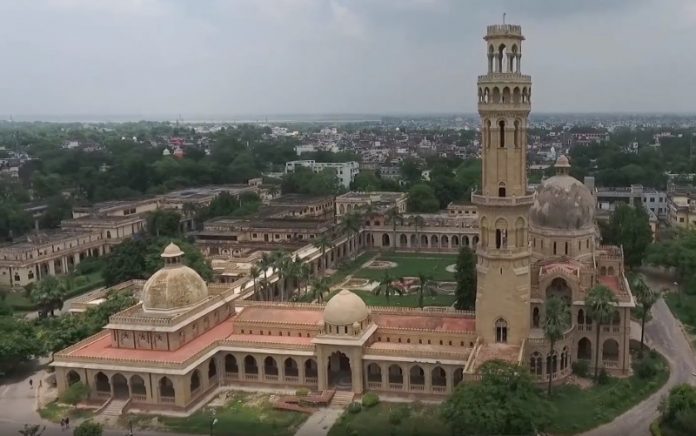 A professor of the Allahabad University (AU), who attended the Tablighi Jamaat congregation in Delhi but did not inform police about this, has now been quarantined with his family at a guest house in Kareli area since Thursday.

An FIR has also been registered against him at Shivkuti police station for concealing his travel history from the police.

He has been booked under sections 269 (acting negligently and likely to spread the infection of any disease dangerous to life), 270 (malignant act likely to spread infection of disease) and 271 (disobedience to quarantine rule) of the Indian Penal Code and the section of Epidemic Diseases Act, 1897.

The professor, who is said to be associated with Tablighi Jamaat for long, has been quarantined along with his wife and adopted son.

According to police, the professor is a resident of Rasoolabad area of the city and had also visited Ethiopia a few months back.

When he returned to New Delhi, he attended the Tablighi Jamaat at Nizamuddin Markaz from March 6 to 10.

He came back to Allahabad on March 11 and was assigned invigilator’s duty during annual exams from March 12-16. He was on duty in an examination hall, where around 150 students were taking the examination for five days.

On receiving information, SP (city) Brijesh Kumar Srivastava and his team reached the professor’s house and after confirming his travel history, the family was taken to a guest house at Kareli, where a medical team collected their throat and nasal swab samples for testing.

SSP (Prayagraj) Satyarth Aniruddha Pankaj said, “We are now identifying the students and faculty members who came in contact with the professor. We will also contact the other family members of the professor and those who met him after he returned from Delhi.”

The man’s elder brother, who works in AU administration, lives in the house next door.

According to reports, the professor has been associated with Tablighi Jamaat for long and had visited several countries while serving on many high posts of the organization.