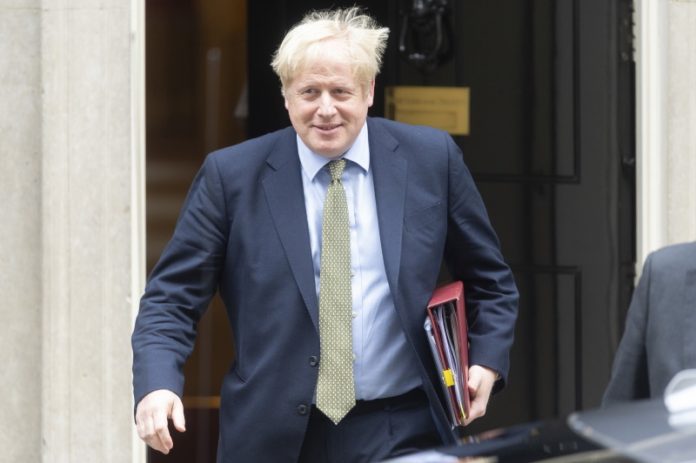 UK Prime Minister Boris Johnson has been moved out of intensive care but remains in hospital for coronavirus treatment, according to the Downing Street.

Johnson was admitted to the St Thomas’ Hospital in London on Sunday, on the advice of his doctor, after continuing to have a cough and high temperature 10 days after testing positive for the virus, the BBC reported.

The Prime Minister was given oxygen before being taken to intensive care on Monday.

On Thursday night, Downing Street said that Johnson “has been moved this evening from intensive care back to the ward, where he will receive close monitoring during the early phase of his recovery”.

A spokesman added: “He is in extremely good spirits.”

He “continues to improve” after a “good night” and thanked the National Health Service (NHS) for the “brilliant care” he has received, the spokesman added.

Following the news of the development, US President Donald Trump tweeted that the Prime Minister’s moving out of intensive care was “great news”, the BBC reported.

In a statement, Health Secretary Matt Hancock said: “So good that the Prime Minister is out of intensive care and on the road to recovery. The NHS is there for us all and I know our amazing NHS staff have given him their characteristic world-class care.”

Newly elected Labour leader Keir Starmer also welcomed the “good news”, tweeting: “I hope it is the beginnings of a speedy recovery.”

Meanwhile, applause rang out across the UK in the third “Clap for Carers” event, where people showed their appreciation for NHS staff and other workers on the front line of the pandemic.

A total of 7,978 people have died in the UK after testing positive for coronavirus, up by 881 on Wednesday.

There were now a total of 65,872 confirmed cases in the country.