“Virus is gaining momentum. The situation is becoming increasingly problematic,” announced Sergei Sobyanin, the Mayor of Moscow on Friday. After months of denial, the country was finally accepting that it was struggling to deal with the crisis.

Acknowledging that the Moscow’s health care system is pushed to its limits, Anastasia Rakova, a deputy mayor responsible for health, informed that the number of people who have been hospitalized with COVID-19 infection in Moscow had more than doubled over the past week to 6,500. Nearly half of those infected are under the age of 45.

Timeline: How the pandemic unfolded in the Country

The country had reported its first case back on 31st January 2020. Two cases were reported on this day, the first in Tyumen, and another from Chita, Zabaykalsky Krai. Both were Chinese nationals, who eventually recovered.

The first time the situation went out of government’s control was on March 1, when a woman with COVID-19 symptoms escaped from a hospital in Sevastopol before being tested for the virus. She fled to Rostov-on-Don. The woman who is ever since on wanted list could not be traced by the authorities.

Moscow reported its first case on March 2nd. The patient who had returned from Italy on 23rd February was found with symptoms on 27th February. On 19th March, Russia reported its first death from the virus, a 79-year-old woman was first hospitalised on 13 March and transferred to a private clinic the next day.

The numbers gradually rose, with 1264 cases and 4 deaths on 28th March to 13,584 cases and 106 deaths by 11th April. The sudden surge, however, had led to the speculations that the government officials had been hiding the statistics and were underplaying the situation.

Russia had so far claimed that its decision to close its long border with China in early January and limiting the travel from Europe had helped them to contain the outbreak.

The news from Friday, clearly suggested otherwise. Russia seems to be following the trajectory of other hard-hit western countries like Italy, Spain and the United States.

Putin takes back seat, What has the government done so far?

According to official data released on 19th March 2020, the country had deployed more than 55 thousand infectious beds, including more than 12 thousand intensive care units and 396 observatories. 7.5 thousand Melzer boxes were prepared.

Medical organizations have more than 40 thousand devices for artificial lung ventilation, 124 devices for extracorporeal membrane oxygenation (ECMO). The government of the Russian Federation has allocated resources for the additional purchase of more than 500 devices, including 17 ECMO devices. Today, 6 thousand infectious diseases doctors and almost 2 thousand pulmonologists, more than 18 thousand nurses are ready to provide medical assistance.

As of 23 March, Russia has 4 testing systems and has carried out over 165 thousand tests for the coronavirus which is among the highest testing numbers in the world. On 9th April, it had crossed the 1 million mark.

Despite these, the country is now stating that its health section is overburdened pointing towards an impending disaster. Ms Rakova, the Moscow official, warned that the capital’s ambulance service and hospitals were now stretched to the limit. While the country is struggling to contain the virus, in an unusual movie President Vladimir Putin who is generally seen in the forefront has taken a backseat. Decisions are now taken by Moscow’s mayor Mr Sobyanin and Russia’s prime minister, Mikhail Mishustin.

According to reports of the New York Times, hospitals in at least two regions are already overwhelmed by infected patients. Moving away from his previous claims, Russia’s health minister Mikhail Murashko, on Friday warned that the country’s health care services were now “experiencing stress regarding supplies,” including the supply of personal protection equipment and ventilators.

The report came as a surprise as Russia’s president had sent loads of medical supplies to various countries, including the United States as a sign of goodwill. It seems that Russia was trying hard to prove that the situation was under control by not even taking account of its internal medical needs.

Friday alone, the country reported 1,124 new cases of confirmed coronavirus infections bringing the total in the city to 7,822.

The country had a “Belated Awakening.” It was only on 28th March, when the country had 1264 cases and four deaths, that Putin decided to announce a non-working week. Moscow Mayor also announced a partial lockdown, asking its residents to stay home except to buy food and medicine and to walk their dogs within 100 yards of their residence. But little was done to enforce any of these measures as the focus was not on containing the virus but its economy.

Even though numbers soared, Moscow’s mayor still hasn’t fully accepted the threat. He warned that Moscow was still “somewhere at the base of the peak” and needed to prepare for “a serious test ahead.”

There had been major debates about Russia’s Covis-19 statistics. However, an official letter which has now been leaked on social media seems to support the allegation of the critics.

The letter, signed by the head of Moscow’s health department, Aleksei Khripun, acknowledged that testing had been compromised by a “very high number of false results” that masked the true extent of COVID-19.

Health officials from the country including Anastasia Vasilieva, the head of an independent doctors’ union, have accused the government of downplaying the number of cases by deliberately misclassifying COVID-19 as pneumonia. She was detained last week in what was seen as punishment for puncturing an official narrative that everything is under control.

Has the government accepted it? Well, Russia’s health minister Mr. Murashko, in an interview on state television, said that patients with pneumonia will from now on be treated in the same way as those confirmed as having coronavirus, suggesting there had been a miscalculation. 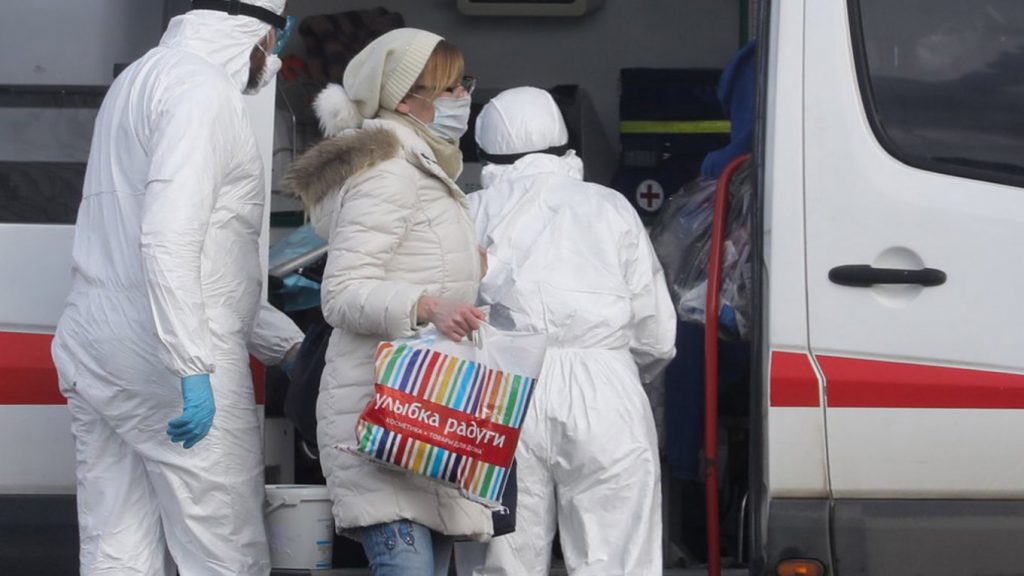 Miscalculation or a planned political game, the rising numbers in Russia is a cause of concern, not just for the country but the world. What lesson that other countries perhaps learn from Russia is that the downplaying the pandemic, has its own sore costs.

As it can be clearly seen, those countries which had underplayed the impact of the outbreak, which waited till the numbers surged for a lockdown, have had to take the worst of consequences. With current numbers, the future doesn’t seem too hopeful for the country.

US-China Agrees on Setting up Working Mechanism for Bilateral Trade