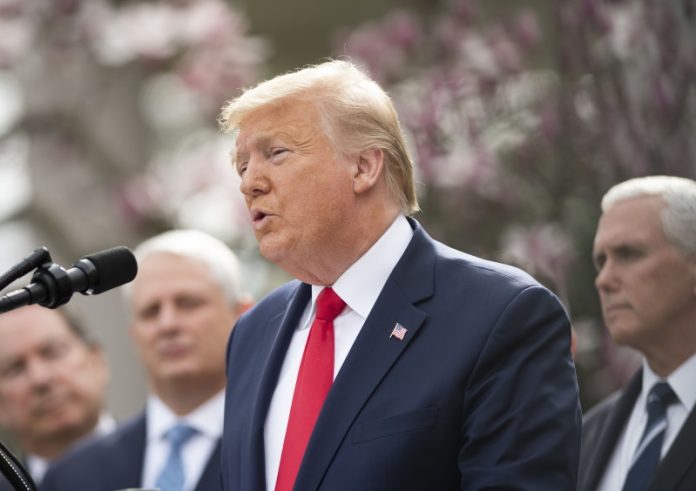 US President Donald Trump on Sunday welcomed a deal to cut oil production reached by the Organization of the Petroleum Exporting Countries (OPEC) and some other major oil producing countries, known as OPEC+, as it will save hundreds of thousands of US energy jobs.

“The big Oil Deal with OPEC Plus is done. This will save hundreds of thousands of energy jobs in the United States,” Trump tweeted, reported Xinhua news agency.

“I would like to thank and congratulate President Putin of Russia and King Salman of Saudi Arabia. I just spoke to them from the Oval Office. Great deal for all!” said the president.

The OPEC and other crude producers led by Russia agreed on Sunday to reduce output by 9.7 million barrels per day (bpd) for May-June after four days of talks.

“We welcome today’s announcement of an agreement by other producing nations to follow the lead of the global marketplace – and US producers – to reduce supply to align with lower energy demand as a result of the pandemic,” American Petroleum Institute President and CEO Mike Sommers said in a statement.

“This is a significant agreement that will foster increased stability in energy markets to the benefit of both American energy consumers and producers,” he said, adding “significant challenges remain in the weeks and months ahead” for the energy industry.

Oil prices have fallen by more than 50 per cent since early this year due to the global coronavirus pandemic and a price war between Saudi Arabia and Russia.

The West Texas Intermediate for May delivery fell US $2.33 to settle at 22.76 dollars a barrel on the New York Mercantile Exchange on Thursday, while Brent crude for June delivery dropped $1.36 to close at $31.48 a barrel on the London ICE Futures Exchange.

Almost 40 per cent of US oil and natural gas producers face insolvency within the year if crude prices remain near 30 dollars a barrel, according to a recent survey by the Federal Reserve Bank of Kansas City.

“Expectations for future activity also fell to their lowest level since late 2014, as most firms do not expect energy prices to return to profitable levels this year,” said Chad Wilkerson, an economist at the Federal Reserve Bank of Kansas City.