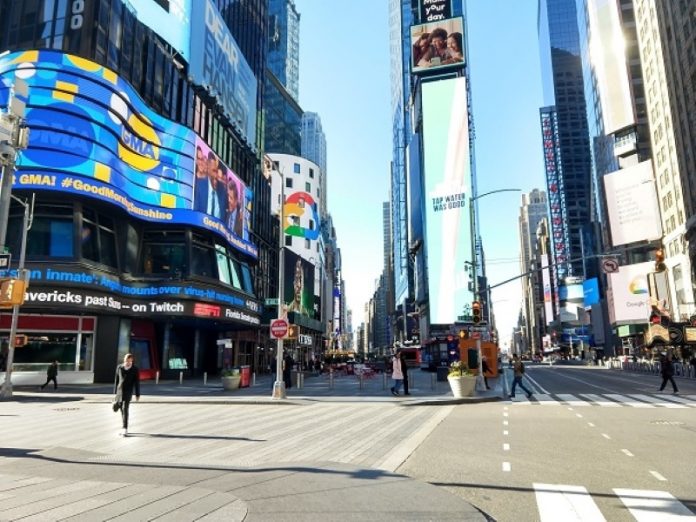 “Start spreading the news, I’m leaving today, I want to be a part of it, New York, New York,” sang a large number of the city’s residents on Thursday, reports Efe news.

Residents joined in the initiative organised by the Peace of Heart Choir, which performed the song and live-streamed it on Facebook. The song was also broadcast by local radio channels, WKCR and WBAI.

The “city-wide sing-along” as the choir group described it on the Facebook page of the event, began at 7.02 p.m., following the daily two-minute round of applause in honour of essential workers such as doctors and nurses, as is done in other cities around the world.

While people in the suburbs of Brooklyn and Queens came out of their homes to listen to and sing, many of Manhattan’s residents, in the absence of open spaces, danced and sang Sinatra’s iconic verses from rooftops and the small landings that make up traditional fire exits.

The Peace of Heart Choir, which is made up of volunteers, sings for free for communities in need, according to its website.

On April 7, a message posted to the “New York Sings Along” Facebook page invited the city’s residents to sing the song “to honour first responders, healthcare workers and all essential personnel”.

Choir member Robert Hornsby told Efe news that since the initiative was launched, more than 50,000 people had joined and another 2,000 had pledged to participate.

“As choir members, we know that singing brings people together,” said Andrew Dykeman, the co-chairman of the choir, in a statement.

“This is our way of sparking a greater sense of community, while still maintaining an appropriate physical distance. We can raise our voices together to honour those who risk their lives every day to keep us safe and cared for.”

According to the latest figures of the health department of New York City, the epicentre of the COVID-19 pandemic in the US, there are already more than 117,000 people infected with coronavirus in the city while 11,477 have died.

The US has so far 671,151 infections and 33,268 deaths in the pandemic, making it the country with the highest number of coronavirus cases and fatalities in the world.