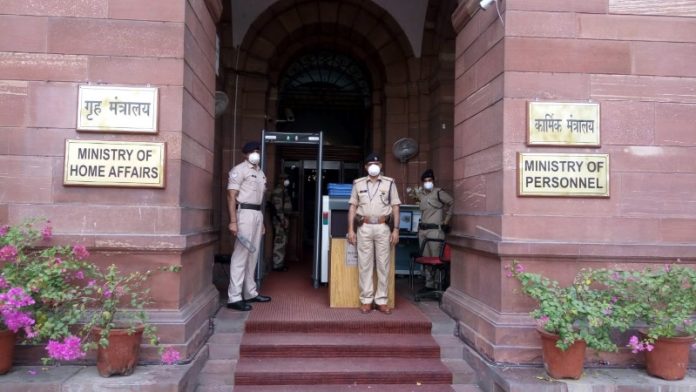 Upset with Kerala government’s decision to allow relaxation in lockdown rules, Ministry of Home Affairs (MHA) has directed the state to fix its guidelines in line with the one issued by the Centre without any dilution.

Expressing ire of the Centre in a letter to Kerala Chief Secretary Tom Jose, Union Home Secretary Ajay Bhalla instructed him to ensure strict compliance of the Centre’s lockdown measures issued in fresh consolidated guidelines issued on April 15-16 after the nationwide restriction was extended till May 3.

Referring to Kerala government’s April 17 guidelines, Bhalla said the state revised the lockdown norms and circulated it to all departments, District Collectors, Superintendent of Police and other heads of departments of the state allowing them to open activities which are prohibited in MHA’s guidelines.

In the letter served to Kerala on Sunday night, Bhalla mentioned that the additional activities allowed by the Kerala government amount to “dilution” and “violation” of MHA’s April 15 guidelines issued under the Disaster Management Act, 2005.

“I would urge you to rectify the guidelines of the government of Kerala in line with the consolidated revised guideline dated April 15 and April 16 without any dilution and to ensure strict compliance of lockdown measures,” the letter mentions.

The additional activities allowed by Kerala government includes the opening of local workshops, barbershops, restaurants, bookstores, MSMEs in municipal limits, bus travel in the cities and towns for shorter distance (up to 60 km), two passengers in the back seat of the four-wheeler, pillion riding on scooters.

The Home Secretary mentioned that violation of Centre’s lockdown measures posed a serious health hazard to the public and risk for spread of novel coronavirus pandemic.

Citing Supreme Court’s order dated March 31, 2020, Bhalla also reminded the Kerala government that the apex court had observed that “we trust and expect that all concerned viz state governments, public authorities and citizens of this country will faithfully comply with the directive and orders issued by the Union of India in letter and spirit in the interest of public safety”.

“The observations, must be treated as directions of the apex court, were conveyed in my DO letter dated April 1 to all state and UT governments.”

Bhalla also mentioned that these guidelines shall not be diluted by the states and UTs in any manner and shall strictly enforce and impose as per the requirement of the local areas.

The Home Ministry issued fresh consolidated guidelines a day after Prime Minister Narendra Modi on April 14 announced an extension of lockdown for another 19 days.

The fresh consolidated guidelines were issued by the Home Ministry to fulfil the purpose of lockdown to contain the spread of COVID-19 disease which so far killed 543 people in India.

Incidentally, after the letter was received by the Kerala government, the state Chief Secretary subsequently announced relaxation will be permitted in 88 hotspots.

However, Chief Minister Pinarayi Vijayan is holding a meeting on Monday to discuss this issue and the reply to Bhalla’s letter would be given.

But maintaining a position that there will be no violation in guidelines, State Tourism Minister Kadakampally Surendran said perhaps there was some misunderstanding and the state will abide by the central guidelines, and issues if any would be resolved.

The state government based on the COVID-19 spread had divided the Idukki and Kottayam districts — classified as Green Zone — to witness routine life, subject to the Centre’s directives. The Orange B zone includes Alappuzha, Thiruvananthapuram, Palakkad, Thrissur and Wayanad where also normal activities will be allowed.

In both these zones, shops, hotels, offices will open, but with no crowding at all. Participation in marriages and funerals would be restricted to not more than 20 persons. Inter-district passage would not be allowed in both these zones. For vehicular movement, the government has decided to implement the ‘odd and even’ formula, but vehicles driven by women have been exempted. In the case of Pathanamthitta, Ernakulam and Kollam districts — classified under Orange A zone — restrictions would be in force, as of now, till April 23. The districts like Kasargod, Kannur, Malappuram and Kozhikode in the Red category would continue with the lockdown.

I Shouldn't Have Said What I Said, Says Joe Biden on Trumps Tweet