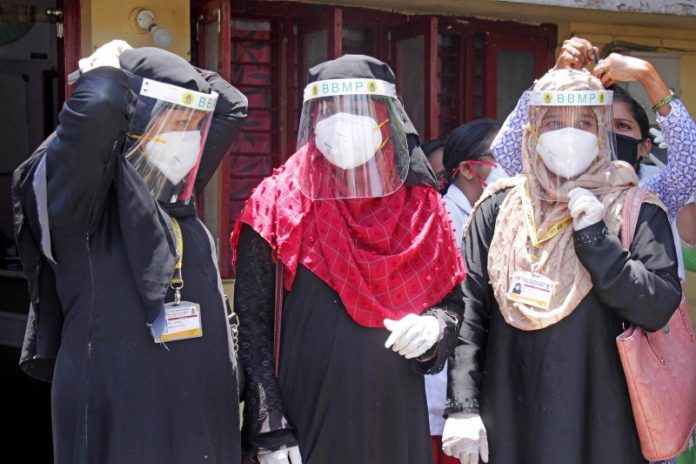 “As of 5 p.m. on Monday, 408 positive cases have been confirmed in the state, including 16 deaths and 112 discharged patients,” said the health official.

In the five hours from Monday noon to 5 p.m., the number of discharged patients rose by just one, from 111 to 112.

Interestingly, among the places with high case-load, Bagalkote, Ballari, Belagavi, Bidar and Mandya are yet to record a discharge.

As many as 278 COVID-19 patients, including a pregnant woman, remain isolated at designated hospitals across the state and are stable, except two in the ICU.

Among the 18 new cases, Vijayapura accounted for 11, Kalaburagi five and Gadag and Mandya one each.

From 5 p.m. on Sunday till Monday noon, five new cases surfaced, followed by 13 more in the next five hours.

There were nine mails and nine females among the new cases, including three boys and two girls below 17 years of age.

All the 18 new cases are contacts of earlier cases. For a change, no new case emerged from Bengaluru.