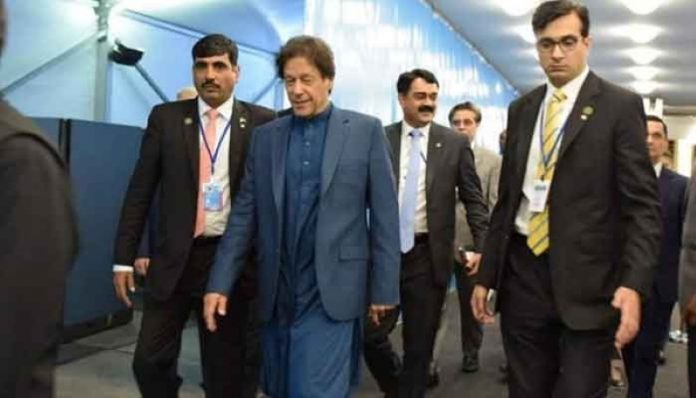 Pakistan Prime Minister Imran Khan may go into self-quarantine after it emerged that he came in contact with an individual who tested positive for the novel coronavirus last week.

After meeting the Prime Minister, Faisal developed flu-like symptoms and tested positive for the virus the following day, sources said.

Faisal is the son of Abdul Sattar Edhi, the noted Pakistani philanthropist.

Pakistani newspaper Dawn reported on Tuesday quoting Shaukat Khanum Memorial Cancer Hospital CEO Faisal Sultan, who is also Khan’s personal physician, as saying that that the premier was “currently occupied with a cabinet meeting” but “as soon as he is finished”, he will recommend that he “gets tested and follow all the protocols in place”.

Faisal however, according to his son who spoke to the Dawn newspaper, is in self-isolation and his health remains fine.

He has donated Rs 1 crore to the Prime Minister Imran Khan fund for Pakistan’s fight against the pandemic.

The Edhi foundation is also helping the coronavirus victims in their burial services.

So far 197 people have died and over 9,500 tested positive for the disease in Pakistan.