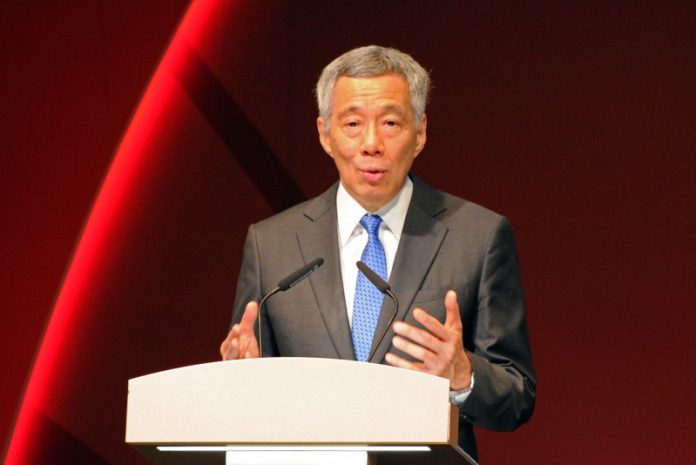 Singapore Prime Minister Lee Hsien Loong announced on Tuesday that the partial lockdown imposed in the city-state to curb the spread of the novel coronavirus has been extended until June 1.

This means that more workplaces will be closed to further reduce the number of workers keeping essential services going, reports The Straits Times.

Some hot spots, such as popular wet markets, remain a problem, as large groups of people continue to congregate there, Lee said in his fourth national address on the COVID-19 situation.

While he noted that the measures, termed a “circuit breaker”, have been working, he stressed that Singapore cannot be complacent.

He said the number of unlinked cases has not come down, which suggests a “hidden reservoir” of cases in the community.

Singapore must, therefore, press on with its tight circuit breaker measures to decisively bring down numbers in the community, The Straits Times quoted Lee as saying.

“We also want to make sure that if any leakage occurs from the dorms to the wider community, we can detect and contain it early, and prevent new clusters from forming and bursting out of control.”

He called on all Singaporeans to stay home as far as possible and urged those who have to go out to do so alone and not as a group or with family.

Lee last addressed the nation on April 3 to announce the lockdown measures that kicked in four days later, forcing people to keep their distance from one another in an effort to limit the virus’ spread.

As of Tuesday, Singapore had 8,014 cases, the highest in Southeast Asia, with 11 deaths.

Singapore has seen a massive jump in infections among migrant workers living in cramped dormitories, which has become the city state’s greatest challenge in tackling the coronavirus, reports the South China Morning Post.

Infections among these workers made up 76 per cent of Singapore’s cases as of Monday.