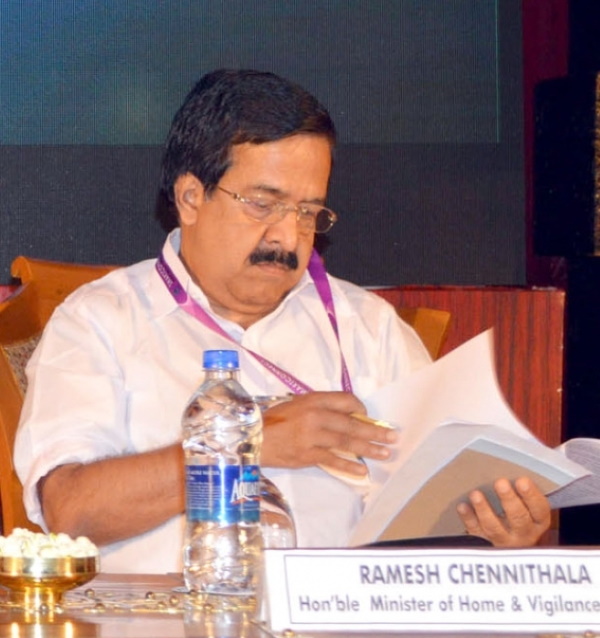 Kerala Chief Minister Pinarayi Vijayan cannot wash his hands like Pontius Pilate, said a top Congress leader, on the stoic silence of the chief minister in the raging Sprinklr data scam controversy, while the Kerala High Court, hearing a petition on this, expressed its displeasure and asked the state government to come back with more answers on Friday.

The data scam refers to transferring health data of all coronavirus suspects in the state to a US-based PR and marketing company — Sprinklr, owned by a Keralite.

On Monday, Vijayan instead of answering questions raised by the media, slammed the opposition and the media and asked those behind this to come out with the truth.

Leader of Opposition Ramesh Chennithala on Tuesday said that it was he who had raised this data scam first, but to date he has not been given any answers.

“Vijayan has to answer. He cannot wash his hands like Pontius Pilate did. It’s most shady because not even a single department of the government barring the IT secretary, directly under Vijayan was aware of this data scam,” said Chennithala to the media.

“Vijayan innocently, the first time after I raised it, said, this Sprinklr company is owned by a Malayalee in the US and since the state government was taking care well of his aged parents, he decided to take up the data analysis of COVID-19 for free. But this is one of the biggest scams and only a CBI probe will reveal the truth. During extraordinary times, this is extraordinary looting,” said Chennithala.

In a related development, hearing a petition against this deal, the Kerala High Court came down heavily on the Vijayan government and asked it to come back on Friday with answers. It asked why the law department was kept out of this deal and directed that no data should be uploaded.

The court said that the reply of the state government is dangerous and asked it not to upload any more data, unless the court is given the answers.

The court also asked why is that this work is not being done by the IT departments of the state government and why is that the jurisdiction of the agreement is kept as New York.

It also asked the government to see the COVID epidemic should not turn into a data epidemic.

State Law Minister A.K. Balan had earlier pointed out that there was nothing wrong if the law department did not endorse it and if anyone had any issues they could approach the court.

Now with the Kerala High Court clearly expressing its displeasure and Balan’s department will now have to answer these questions.

Pontius Pilate is best known for being the official who presided over the trial of Jesus and ordered his crucifixion.