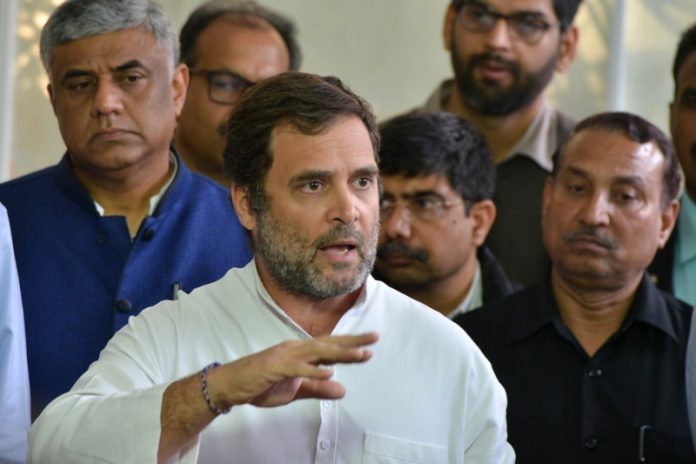 The Congress working committee which met on Thursday deliberated on the issue of migrant labourers who are stuck at different places. Former Congress president Rahul Gandhi said it should be addressed as first “priority” and the “economic activity” should also start in green zones.

Rahul Gandhi in the CWC meet said, “Issue of migrant workers needs to be addressed on a priority basis.”

He said economic activity should start in green zones. “Lockdown is a mere pause button. As a Nation, we need to think of a transition from one lockdown to another only in disease hotspots and commencement of activities in green zones,” he said.

Congress General secretary Priyanka Gandhi also raised the issue of migrants. She said, “as times pass by, we need to permit migrant workers to return home after due testing and precautions.”

“Compassion is the key to fight COVID-19 and not hostility towards the victim of Corona,” she added.

Earlier, Sonia Gandhi said that unemployment is likely to increase further as economic activity remains at a standstill. It is imperative to provide at least Rs 7,500 to each family to tide over this crisis as migrant labourers are still stranded, jobless and desperate to return home.

It was my Mistake and I'm Sorry, Says Zuckerberg