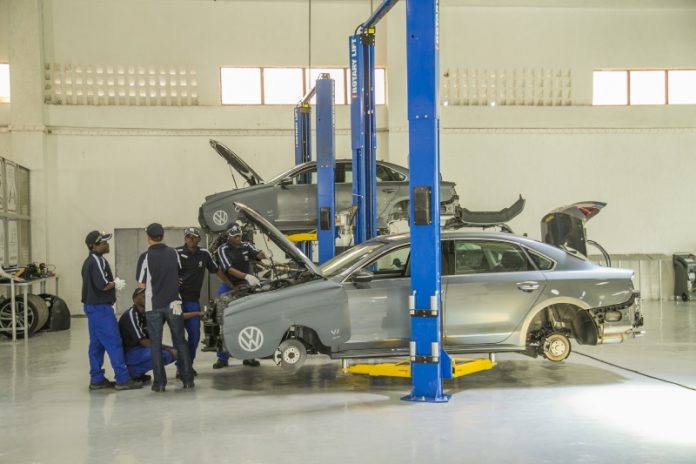 After around five weeks of shutdown due to the coronavirus crisis, Germany’s largest car manufacturer Volkswagen restarted production in two of its plants.

Volkswagen’s vehicle plant in Zwickau, Saxony would “cautiously resume” production of its all-electric model ID.3, according to the company, Xinhua news agency reported on Thursday.

“We all have a historic task to accomplish,” said Thomas Ulbrich, Volkswagen brand board member for e-mobility. “That task is to protect the health of our employees and at the same time get business back on track responsibly.”

Volkswagen announced that with an initial production of 50 vehicles per day, operations were restarted “at reduced speed.” Before COVID-19, production volumes at the plant had been around three times as high.

To ensure the health of its employees, Volkswagen introduced new rules at the workplace, such as an obligation to wear mouth and nose protection when keeping the minimum distance of 1.5 meters between employees was not possible.

On Thursday, Volkswagen engine plant in the city of Chemnitz also began gradually ramping up production. Next Monday, a plant in Dresden would follow with production at reduced capacity, according to the German carmaker.

Another major German carmaker Daimler had already restarted production in some selected plants earlier this week.

BMW, on the other hand, extended the shutdown of its plants in Europe and North America until the end of April. So far, the German luxury carmaker has not yet provided details of the planned restart of its production.

Although Germany’s car manufacturers are just restarting production in their local factories, BMW’s largest site in China, Shenyang plant, had already been running again since mid-February.

“In China, we are seeing the first signs of recovery with a strong order intake,” said BMW Pieter Nota, member of the board of management of BMW AG responsible for customer, brands and sales.

Volkswagen also announced on Thursday that that production had already been resumed at “almost all Volkswagen plants in China.”

Sikh Uber driver racially abused, strangulated by passenger in US