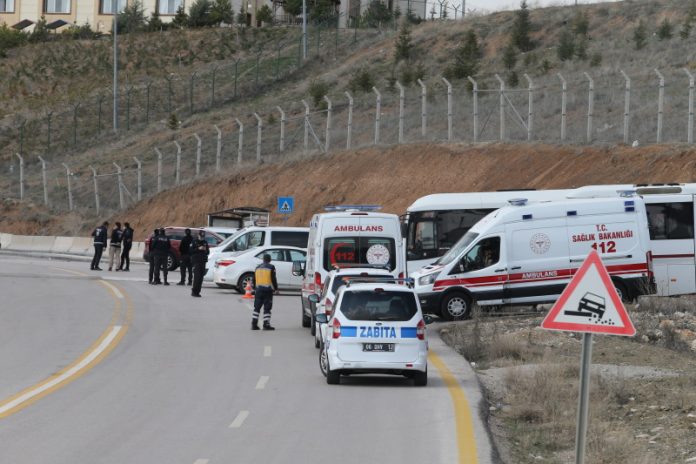 More than 50,000 people have died of COVID-19 in the United States while debates are heightening over reopening the country’s economy severely battered by the virus.

A total of 870,468 cases have been reported in the United States with the death toll reaching 50,031 as of 11 a.m. Friday (1500 GMT), according to the Center for Systems Science and Engineering (CSSE) at Johns Hopkins University, Xinhua news agency reported.

The state of New York suffered the most, with 263,460 cases and 20,982 deaths. In other hardest-hit states, New Jersey reported 5,426 fatalities, Michigan reported 2,977 deaths and Massachusetts recorded 2,360 deaths, the data showed.

With the largest number of known cases in the world, the United States is seeing disputes heating up over loosening social distancing restrictions and reopening the economy.

Several states are moving toward restarting their economies after the federal government issued new guidelines to reopen the country in phases. Many others remain hesitant to take such steps without more robust testing capacity.

Georgia moved ahead on Friday with plans to allow some nonessential businesses such as gyms, barber shops, hair salons, tattoo parlors and bowling alleys to reopen with strict social-distancing and hygiene requirements.

Tennessee Governor Bill Lee outlined on Friday the first steps from the “Tennessee Pledge,” the state’s guidance for reopening businesses during the pandemic. These guidelines apply to 89 of the state’s 95 counties. Restaurant and retail industries are among the first to open.

Some beaches and parks in Florida reopened last weekend. In Jacksonville, for example, they were open from 6 a.m. to 11 a.m. and 5 p.m. to 8 p.m. Social distancing there is required, and groups can not exceed 49 people.

In South Carolina, stores selling furniture, clothing, sporting goods, books and flowers, among others, as well as department stores and flea markets were allowed to reopen at 5 p.m. on April 20 at no more than 20 per cent capacity and with social distancing.

The moves have been met with scepticism as health experts have warned that reopening the economy too soon could risk setting off another wave of infections.

“Stay home. Nothing has changed,” Atlanta Mayor Keisha Bottoms told CNN Friday morning, describing her advice to residents of the city. “People are still getting infected. People are still dying.”

US President Donald Trump, who has encouraged states to open back up for business, on Friday tweeted that he never gave Georgia’s governor an “OK” to reopen businesses outside of federal coronavirus guidelines, saying that instead, he told the governor to “do what is right” for the people of Georgia.

A CBS News poll published Thursday said that 70 per cent of respondents believed the country’s top priority should be trying to “slow the spread of coronavirus by keeping people home and social distancing, even if the economy is hurt in the short term.”

Only 30 per cent thought the top national priority should instead be trying to “get the economy going by sending people back to work, even if it means more people might be exposed to coronavirus,” according to the survey.

Michigan Governor Gretchen Whitmer on Friday extended her stay-at-home order through May 15 while relaxing restrictions so some businesses can reopen and the public can participate in more outdoor activities like golf and motorized boating.

With the state’s “PAUSE” directive set to expire on May 15, New York Governor Andrew Cuomo said Friday he would decide in about a week whether to extend it further.

New York City Mayor Bill de Blasio said that even though daily COVID-19 admissions at city hospitals have plunged – from 850 in late March to 176 on Thursday – New Yorkers have to be cautious.