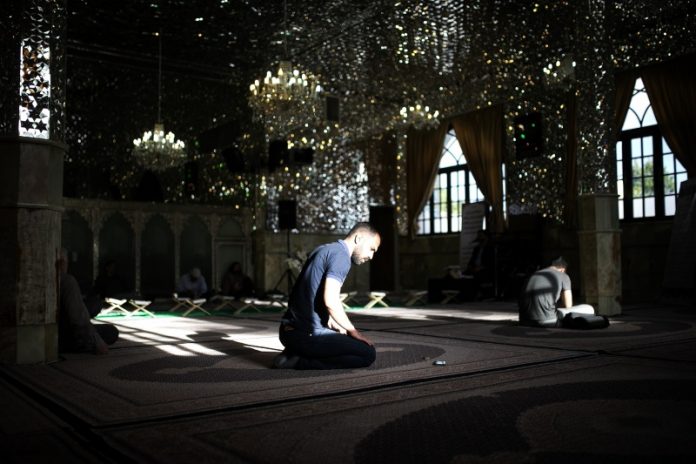 Iran marked the beginning of the Muslim holy month of Ramzan with all mosques closed due to the coronavirus epidemic that has claimed 5,650 lives in the country.

During a meeting of the committee tasked with fighting the virus, President Hassan Rouhani On Saturday showed gratitude for the “cooperation” of the clerics during the crisis, reports Efe news.

“During the period of controlling the disease for protecting people’s lives and health, the respectful clerics and marajis have shown the same sensitivity and concern as the health officials,” he added.

“The officials of the medical staff and the respectful clergy are concerned about maintaining the lives and health of the people and at the same time establishing tolerable conditions for the reopening of religious centres,” Rouhani said.

“We can hope that under better conditions for the control of the disease, religious centres around the country can be reopened by observing health protocols”.

During the first day of the holy month in Iran, prayers and readings of the Quran at the religious centres were being broadcast on TV and online.

Over the past 24 hours, the Islamic Republic has recorded a total of 1,134 fresh coronavirus infections and 76 new deaths, bringing the tally to 89,328 and 5,650 respectively, according to the Health Ministry.

Iran has reopened businesses considered low to medium risk spots, such as malls and shops among others.

Mosques and religious centres, however, remained close as they are considered high-risk places as were cinemas, theatres and schools.

A few weeks ago, some Shia clerics said people at risk of contracting the virus were allowed to avoid fasting and encouraged to drink water to help their immune systems.

“If Muslim fear that he may contract the virus due to fasting, even if he takes all precautionary measures, then his obligation for fasting is waived for each day in which he fears that fasting may result in him contracting the virus,” Shiite cleric Sistani said.

“If fasting increases the probability of contracting the illness and harms a person according to medical specialists, he should not fast,” ayatollah Shobeiri Zanyani said.

‘We need every drop of water,’ Palaniswami thanks Kerala CM