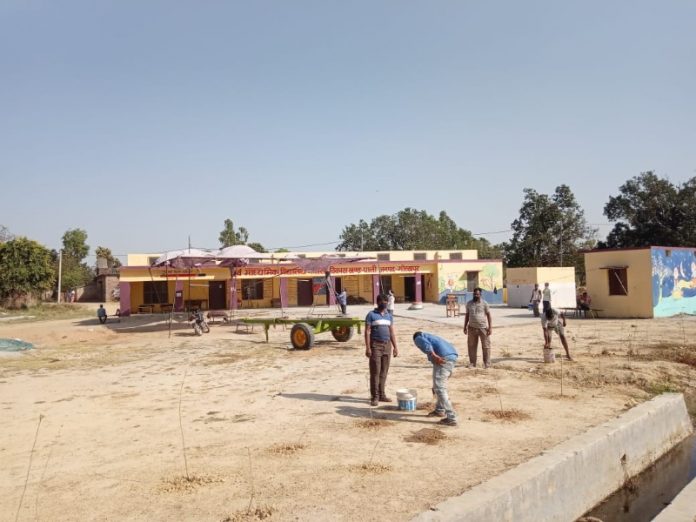 The first lot of 2,224 Uttar Pradesh migrant labourers from Haryana were brought back to Uttar Pradesh on Saturday evening in 82 buses.

Additional Chief Secretary Avanish Awasthi said that most of these migrants are from western Uttar Pradesh.

After undergoing medical tests, they have been put up at the special shelter homes for their 14-day quarantine period before they are allowed to return to their homes.

Another 11,000 migrants from Haryana are expected to return on Sunday, he said.

Chief Minister Yogi Adityanath has already directed his officers to increase the number of shelter homes in the districts and equip them with public address systems, community kitchens, and adequate clean toilets.

The Chief Minister has also directed the health and medical education departments to set up a dedicated team of doctors to evolve ways to check medical infection in all the government and private hospitals.

Principal Secretary (Health), Amit Mohan Prasad, said that hospitals have emerged as the major hub of the spread of infection.

According to Agra District Magistrate, Prabhu N. Singh, the Paras hospital in the district was responsible for the spread of infection through the neighbouring 10 to 12 districts.

An FIR has been filed against the owner and manager of the hospital under the Epidemic Act.

Similarly, two patients admitted in the Chandan hospital in Lucknow for dialysis turned out to be corona positive.

Both the patients have been referred to the Sanjay Gandhi Post Graduate Institute of Medical Sciences (SGPGIMS) and the private hospitals have been asked to stop admitting patients.

The Principal Secretary (Health said that the doctors and paramedics in the private hospitals would be trained in the elaborate Covid-19 protocol before they can be allowed to take in corona patients.

AP tally at 3200, no Covid death reported on Tuesday